​Eintracht Frankfurt striker Luka Jovic has reportedly completed his anticipated switch to Real Madrid, with Los Blancos paying £52.4m for the Serbian, tying him down to a five-year deal, though some reports have denied an agreement has been reached.

Jovic has been a revelation for the Bundesliga outfit this season, netting 27 goals across competitions and providing seven assists. Alongside Chelsea forward Olivier Giroud, he is the joint-top scorer in the Europa League this season, with his 10 goals helping Frankfurt to the semi-finals, where they were ultimately knocked out by the Blues. 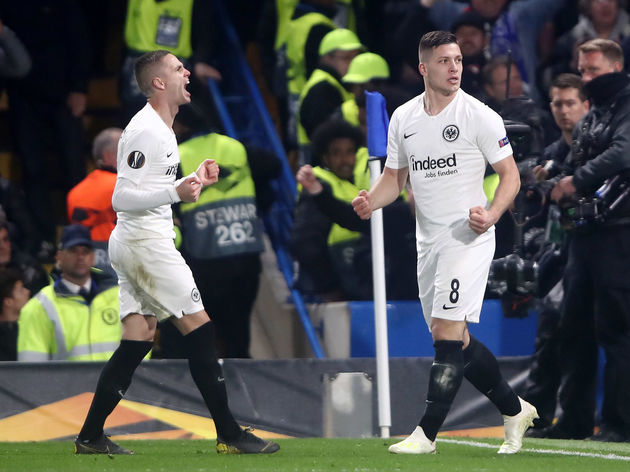 The 21-year-old has long been linked with a move to the Spanish capital this summer, and according to ​Sky Sports the deal has now been completed.

“The 21-year-old Serbia international has signed a five-year contract with the Spanish giants, which will earn him £43.7million (€50m) in total, or £8.7million a year.”

Jovic joined the German side from Benfica on an initial two-year loan, but Adi Hutter’s side triggered a clause in that contract to sign the player for a fee understood to be in the region of just €7m back in April.

All in all, he scored 36 goals in 74 appearances for the Eagles, and will join ​Real as one of Europe’s hottest strikers. The deal Jovic penned with Frankfurt did in fact extend his deal till June 2023, but it did not include the considerable salary he has been afforded by Zinedine Zidane’s side.

However, according to reports in Bild, as relayed by Ronan Murphy on ​Twitter, the deal has not been agreed, with Frankfurt apparently holding out for something closer to €60-70m. As Murphy explained: “Bild have denied an agreement between Real Madrid and Eintracht Frankfurt for Luka Jovic, saying Madrid offered €50m but Eintracht want €60-70m.”