The Premier League transfer window is officially open, yet we’re yet to have any £100m deals confirmed by any side in England’s top flight. Yes, it’s disappointing, but there’s still plenty of time.

Right about now reports are being fired out hot of the presses, and we just can’t wait to get into a few of ’em and give you the lowdown.

Here’s Friday’s roundup of transfer rumours for your perusal… To kick off with, ​Manchester United are looking to the future and are interested in signing Monaco youngster

Mejbri is rated as one of the sharpest young talents around, and also has a spectacular set of locks atop his head. Hey, it all adds up. Porto defender Felipe is close to swapping Primeira Liga for La Liga, with reports indicating the deal is basically done.

​Atleti have lost metaphorical limb after limb in recent weeks, with Diego Godin and Antoine Griezmann both confirming their respective summer exits.

Thankfully for supporters of the Wanda Metropolitano side, Diego Simeone has moved quickly to size up a replacement for Godin, with ​Record reporting he has passed a medical and agreed a three-year contract ahead of official confirmation of the €25m move. The forward lit up the Champions League with Ajax, but he remains one of a host of players who could eave the Eredivisie champions this summer.

Overmars said, as quoted by ​the Mirror:

​Bayern Munich’s interest in the Moroccan has been reported ​previously, but apparently their curiosity has intensified according to ​Bild, as a move for Chelsea’s Callum Hudson-Odoi is now seen as more complicated than originally thought.

Chelsea Among Host of Clubs Interested in Signing 17-Year-Old Chelsea are obviously interested in signing players this summer, it just depends on whether they’ll actually be allowed to. ​AS. They’ll reach Europe’s top club competition if they beat Real Valladolid on the final day of the season. However, the Champions League finalists face competition from Paris Saint-Germain, Inter, Napoli and Benfica for the 19-year-old’s signature. 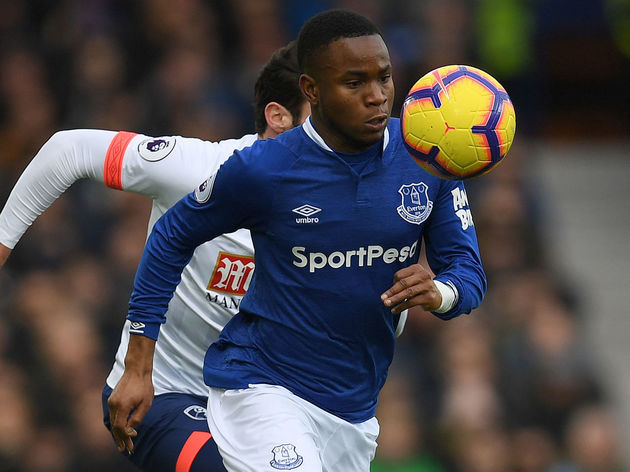 People thought Ademola Lookman might have a decent chance of breaking into Everton’s starting lineup this season after impressing in spells while on loan at RB Leipzig.

However, he’s been shunted to the back of the attacking pecking order, behind players like Richarlison, Theo Walcott and Dominic Calvert-Lewin, and is now being targeted by Southampton for a potential summer switch, according to ​the Independent.