​The 2018/19 season has been near enough a disaster for Real Madrid from beginning to end.

So much has happened in the last months that it is easy to forget that it all started when Madrid’s appointment of Julen Lopetegui led to the Spaniard being sacked as the national team’s head coach on the literal eve of the 2018 World Cup.

This debacle was a sign of things to come, as Lopetegui struggled as manager of a Madrid side adapting to life after Cristiano Ronaldo. ​Thibaut Courtois – KEEP – Despite only playing three games for Zidane due to a hamstring problem suffered late in the season, Courtois’ wages are likely to put other clubs off making an approach. Madrid would be better served sticking with the former Chelsea man.

Keylor Navas – KEEP – The Costa Rican has been Zidane’s preferred choice between the sticks, but appeared discontent at playing second fiddle to Courtois for the first two-thirds of the season. At best, he is a quality first-choice stopper and at worst he provides solid competition for the number one jersey. A useful asset at the club.

Luca Zidane – LOAN – His inclusion in the Madrid squad is a source on scepticism for many who believe he is there simply because of his father. However, the 21-year-old has shown some promise and could do with getting some first-team action out on loan. Marcelo – SELL – The Brazilian has been an incredible servant to Madrid, but at 31, his club may be better served by moving him on. With Ronaldo reportedly keen to see his old mate join him in Turin, now may be the perfect time to cash in on the left-back.

Dani Carvajal – KEEP – Injuries aside, Carvajal had a fairly consistent season for Los Blancos and continues to be one of the brightest right-backs in Europe. No need for much improvement here.

Alvaro Odriozola – KEEP – The Spaniard has been in and out of the squad this year, but performed well when called upon. Having grabbed four assists in his 14 appearances, the 23-year-old is a capable backup and eventual successor for Carvajal.

Sergio Reguilon – KEEP – Similarly to the man above, Reguilon has shown himself to be solid when called upon. Should Madrid seek to replace Marcelo, the Spanish full-back would be a good rotation player, who – if he pushes himself – could make the left-back berth his own. ​Sergio Ramos – KEEP – Mr. Real Madrid. Ramos is the man everybody loves to hate, but his importance the Madrid team cannot be underestimated. Despite a poor season by his measures, Zidane would be wise to keep the 33-year-old.

Raphael Varane – KEEP – It is no coincidence that the Frenchman has a World Cup winner’s medal to his name. Still only 26, Varane has a lot to offer his club and could be at the Bernabeu for years to come.

Nacho – KEEP – Despite starting the season as a full-back, Nacho has adapted to his central position reasonably well when called upon. He won’t trouble the starting pair when both fit but acts as an able deputy.

Jesus Vallejo – SELL – Following his move from Real Zaragoza, the Spaniard has not developed as Madrid would have wished. However, a successful spell on loan at Eintracht Frankfurt a couple of seasons ago suggests he does have something to offer and could be sold for a decent fee. ​Toni Kroos – KEEP – The German midfielder has just signed a new four-year deal at the Bernabeu, so Madrid’s intentions are pretty clear.

Luka Modric – KEEP – At the age of 33, it might be easy to think Madrid need some fresh legs in the middle of the park, but Modric continues to be one of the club’s most consistent performers. The little Croatian will be valuable for a few more years yet.

Casemiro – KEEP – As the youngest and arguably most underrated of Zidane’s preferred midfield trio, Casemiro is likely to stay put at the Bernabeu. 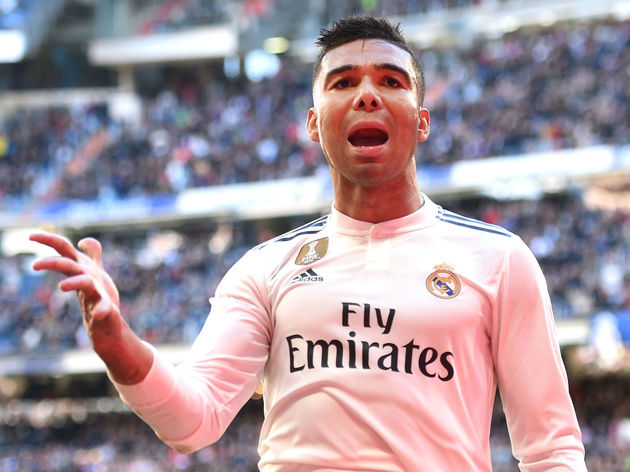 Federico Valverde – KEEP – The Uruguayan has impressed during his spells in the team this season. Aged just 20, Valverde could be the long-term replacement for Casemiro.

Marcos Llorente – SELL – With injury keeping him out for a large chunk of the season, Llorente has not progressed as hoped this season and would be better off looking for first-team football away from the Bernabeu. Marco Asensio – SELL – Tipped as the man to fill Ronaldo’s shoes this season, Asensio’s return of one goal and six assists has been underwhelming to say the least. Despite this, the Spaniard has a big reputation and could be sold for a fair whack to free up funds to bring other players in.

Isco – KEEP – His form during Zidane’s previous spell at the club gives fans hope that Isco will return to his best. Performances from the Spaniard this year have been well below par, and the Bernabeu faithful will be hoping he can find form next season.

Brahim Diaz – KEEP – The 19-year-old signed from ​Manchester City in January and is clearly seen as a prospect for the future. After failing to feature in a single City squad during the first half of the season, Diaz has started five times since making the move to the Spanish capital and will no doubt want to continue his progression next season. Dani Ceballos – KEEP – The 22-year-old featured consistently during the spells of Lopetgeui and Solari, but has lost his place under Zidane. However, some of the performances he put in over the first half of the season show he is worth keeping around if only to provide firm competition to more senior players. Gareth Bale – SELL – Los Blancos don’t need any convincing here. Zidane is clearly desperate to offload the Welshman, but the former Spurs man seems perfectly content to warm the bench. Given the talent that Bale clearly has, it is safe to say most football fans want this man to leave Madrid and start lighting the world up with his skill whilst he is still young enough to do so.

Karim Benzema – KEEP – Never mind what the gossip columns tell you three times a day every transfer window – Benzema needs to stay at Madrid. The loss of Ronaldo last summer showed that quality players are not easy to replace. With 21 goals in 36 league games, Los Merengues simply cannot afford to let the French​man go.

Mariano Diaz – KEEP – His time in the Spanish capital has been blighted by injury since his move from Lyon last summer. However, 18 goals for the French club in the previous season suggest the Dominican Republic striker does have something to give, provided he can stay fit.

Lucas Vazquez – SELL – Used primarily as a substitute during Zidane’s tenure, the Spaniard doesn’t seem to be valued at the club. At the age of 27, Madrid may be better served moving the winger on whilst he can still demand a half-decent transfer fee. Vinicius Junior – KEEP – The Brazilian emerged as one of the brightest talents in world football this season and is one to watch for the future. Sadly the winger suffered a nasty injury which saw him miss the majority of the final third of the season. Even at the age of 18, Vinicius could go into next season as the first choice for Zidane.