​To paraphrase Smash Mouth, the rumours have started coming, and they won’t stop coming.

Of course, they were talking about time passing you by, and not about being bogged down by wave after wave of transfer speculation, invented specifically to give us all something to talk about in the purgatory between seasons, but we can only take things as they apply to us.

Here are six of Monday’s transfer rumours, ranging from the red-hot to the lukewarm at best. Back in March, shortly after they had reappointed Zinedine Zidane, Real Madrid had been linked with as many as ​20 summer signings with a total transfer value well in excess of £1bn, so god only knows what that figure stands at now.

The latest player linked with a move to Los Blancos, anyway, is Real Betis left-back Junior Firpo, who has enjoyed a stellar season in La Liga, and had this to say about a potential switch to Madrid, via ​Mundo Deportivo.

“My father is excited when he is related to ​Real Madrid, because he knows there is a lot of work behind and it is not easy to reach the level we are at.”

So…not a lot to go on there really, but regardless it seems far from an unlikely move for the 22-year-old.

If there are two things ​Manchester United are really good at being linked with, it’s young players who are in all likelihood miles off first team quality and centre-backs. The ​Sun have combined the two, here and tell us that United will make an offer for Stoke City’s Nathan Collins.

The 18-year-old has made a handful of first team appearances for Stoke since their relegation from the Premier League, and United’s interest reportedly comes as a result of a summer transfer policy centred around taking the advice of their former players. The report adds that interest in Daniel James comes from Ryan Giggs, while Rio Ferdinand recommended Ben Godfrey of Norwich, and now Darren Fletcher – still on the books at Stoke – has scouted Collins.

It would be horribly cynical to suggest that this could be lazy journalism and that the links have only arisen because Fletcher, a former Manchester United player, is indeed currently at Stoke. 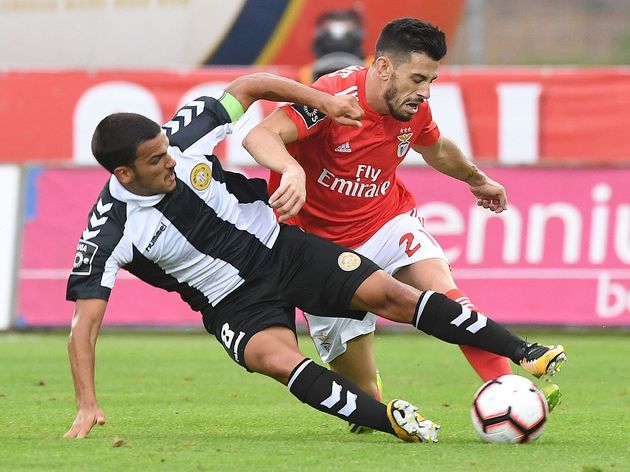 It seems almost dead-certain that ​Tottenham will call an end to their self-imposed transfer embargo before the summer is out, especially with that unexpected Champions League final windfall set to swell up the coffers. But it remains to be seen where – and who – they will recruit.

Portuguese newspaper Record report, as per ​Sky, say that a move for Benfica winger Jota – not the Wolves one – could be on the table, with Mauricio Pochettino ‘stepping up’ his interest in the 20-year-old.

They seem to be ahead of the game with this one. All the spotlight is on Joao Felix at present, and Jota’s eight goals and eight assists in 20 Primeira Liga appearances have gone somewhat under the radar as a result. He is reported to have a release clause of around £26m in his contract, so if Spurs move quickly, he looks like a very good addition. 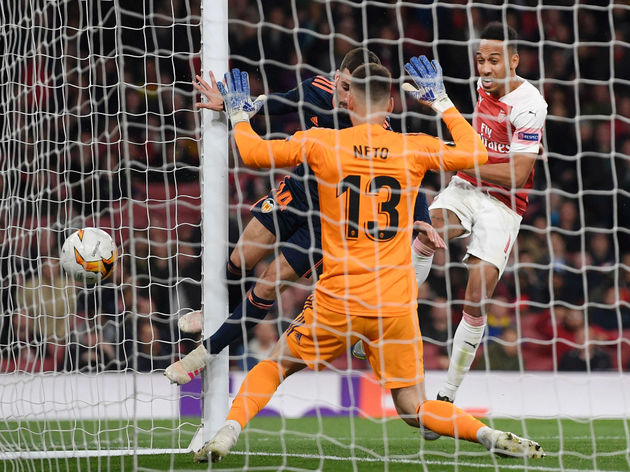 Petr Cech will retire from football this summer, leaving Arsenal with a space to fill between the sticks for European games and on the bench the rest of the time.

With a questionable translated headline that reads ‘Arsenal gropes Neto’, Spanish outlet ​Plaza Deportiva report that the Gunners see Valencia keeper Neto as the solution to that, and have made initial contact over securing the 29-year-old’s services for next season.

He featured in both legs of the Europa League semi-final, which Arsenal won quite comfortably, and although he is believed to have been ‘unconvinced’ by their initial advances, it is believed a deal could be done with a bit of persistence – especially if Arsenal qualify for the Champions League by winning the Europa League next week.

The report also notes interest in Keylor Navas of Real Madrid, but it seems unlikely he’d be happy to work as an understudy to Bernd Leno. ​Newcastle could be in line for a cut-price move for Eintracht Frankfurt left-back Jetro Willems, as a report from Germany claims both the Magpies and Fulham are ‘interested’ in a move for the Dutch defender.

Once one of the most highly-rated young defenders on the planet while at PSV, the 25-year-old has had a rough couple of years since moving to Germany in 2017, and having been used in a number of positions and failing to nail down a starting spot this season, he looks set to move on in the summer. After signing a one-year contract extension, Leicester’s back-up left-back and former title winner will hang around for another season – but has left the door open to staying beyond the expiry of his new deal.

Fuchs has been expected to leave in each of the last two close seasons to join his family in New York, but each time has opted to stay put, and if his words are anything to go by, he could do so again in 12 months.