​Real Madrid captain Sergio Ramos will absolutely not be joining Liverpool this summer, according to an Anfield source.

Reports in Spain had claimed that both the Reds and Manchester United had their interest piqued, following Ramos’ bust-up with Los Blancos president Florentino Perez earlier this season.

The defender is now apparently ​considering his future in the Spanish capital following a bitterly disappointing season. However, Liverpool will not be the ones to take advantage of the situation it seems. “There is 0.0 percent chance of Sergio Ramos playing for Liverpool,” a source told The Mirror.

The 33-year-old was involved in the shoulder injury Mohamed Salah received during Liverpool’s 3-1 Champions League final defeat against Madrid in Kiev last year, while he was also seen to throw an elbow at Reds keeper Loris Karius.

Ramos emphatically denied any wrongdoing in the aftermath of the game, but his comments sparked something of a war of words between himself and several at Liverpool. He has since become a pantomime villain for some Reds fans. However, despite all this, the reason for the Reds’ lack of interest is supposedly much more practical. 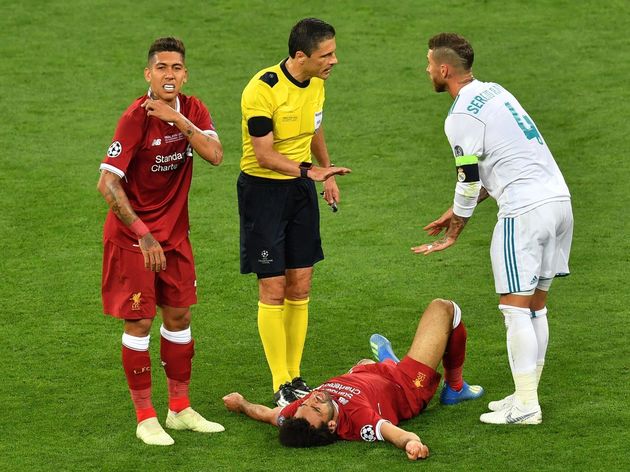 The Mirror’s source is quoted as saying: “Even if we had won the Champions League final and Ramos had shook the hand of every Liverpool player afterwards we would still have no interest in him

“Ramos just doesn’t fit the kind of profile that Jurgen Klopp is looking for.

“We wouldn’t even sign him if he was available on a free.”

The Spaniard is one of the most decorated players of the 21st century, having won four Champions League titles, four Liga titles, two Copas del Rey and four Club World Cups in his 419 Madrid appearances He has also claimed the 2010 World Cup and two European Championships with Spain, for whom he has 163 caps.