​Mauricio Pochettino’s light-hearted joke regarding where his Spurs team would stay ahead of the Champions League final in Madrid appears to have backfired, with Real Madrid releasing a statement on the matter. And not a fun one.

Tottenham will play Liverpool in Madrid on Saturday night, with the club aiming to win their first piece of European silverware in their history. Ahead of the final, Pochettino – who had previously been linked with a move to ​Real Madrid before Los Blancos re-appointed Zinedine Zidane – was speaking to the press (via ​El Partizado de Cope) about his side’s plans for the final and made a joke about asking Real Madrid president Florentino Perez about his ​Spurs side staying at Madrid’s training facility.

He said: “Ahead of the final, we will train at Valdebebas [Real’s training complex] and sleep in a nearby hotel. I asked Florentino [Perez] to let us sleep in the sports centre, but he told me that I can only sleep there when I become the coach of Real Madrid.”

Now after what appeared to be a light-hearted joke made by the Argentine, Real Madrid have release an official response on their ​website claiming they’re surprised by the comments made by Pochettino, before denying the request was ever made.

The statement read: “Real Madrid C.F. are surprised by the statement made by the coach of Tottenham Hotspur, Mauricio Pochettino, about a supposed request made to our club for his team to stay in the residence at Real Madrid City on the occasion of the Champions League final.

“Real Madrid C.F. wants to make it clear that it is completely false that this request has been made. Our club has always shown its absolute availability to meet all the requests made by UEFA, the Royal Spanish Football Federation, Club Atlético de Madrid, ​Liverpool FC and Tottenham Hotspur.” 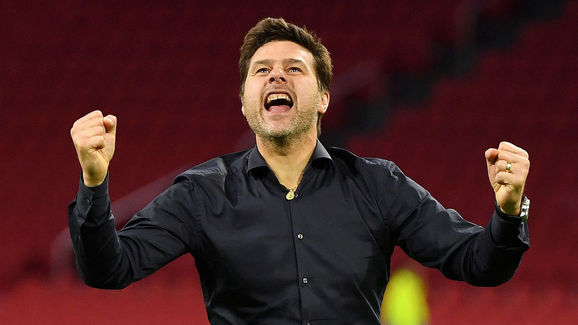 Tottenham will be training at Real Madrid’s training ground on 30 and 31 May, with Liverpool then using the facilities on the morning of the final on 1 June.

It’s only the second all-English final in the competitions history, and both teams will certainly fancy their chances in what is set to be a thrilling encounter.