​A 2-1 victory over La Liga champions Barcelona in the Copa del Rey final on Saturday capped what has been an impressive season for Valencia in fine style.

Marcelino’s side finished fourth in the Spanish top flight to secure their place in next season’s Champions League, having reached the semi-finals of the Europa League, before a cup final victory over the Spanish champions rewarded Los Ches’ considerable progress this season with silverware.

However, Valencia have often been victims of their own success in recent times, with progress on the field often undercut by subsequent sales of star names such as David Villa, David Silva and Juan Mata to name just a few.

Marcelino ​described Saturday’s Copa del Rey victory as his ‘happiest day as a Valencianista’, but the victory could come at a cost which could take a heavy toll on Los Ches’ bright young squad. Here is a look at seven Valencia players who could move this summer after the cup victory. Having starred as a consistently reliable​ figure between the sticks for Valencia this season, Neto has added further weight to what was already a strong reputation as a fine goalkeeper.

The former ​Juventus star has been ​linked with a move to ​Arsenal this summer, as Unai Emery seeks a replacement for the retiring Petr Cech, and the 29-year-old certainly fits the bill with a wealth of experience – and even played against the Gunners in the Europa League this season.

Neto is said to be Emery’s favoured option to step into the north London side’s goalkeeping ranks next term, though a £70m release clause in the goalkeeper’s Valencia contract could prove to be a stumbling block. Already a well established name in European football despite only being 24, Gaya has continued to perform consistently at left back for Los Ches this season, proving to be a complete full back in both defensive and attacking regards.

With the likes of ​Manchester City and Arsenal said to be on the lookout for a new left back this summer, a move to the Premier League could well be in the offing for the Spaniard, whilst Lucas Hernandez and Filipe Luis’ departures could make ​Atletico Madrid ​another feasible destination.

Gaya has made 49 appearances in all competitions for Valencia this term and is also the club’s third captain. With Juventus potentially set to offload Alex Sandro this summer, a switch to Turin could be another potential destination for Gaya, where he could link up with former Valencia teammate Joao Cancelo once again. 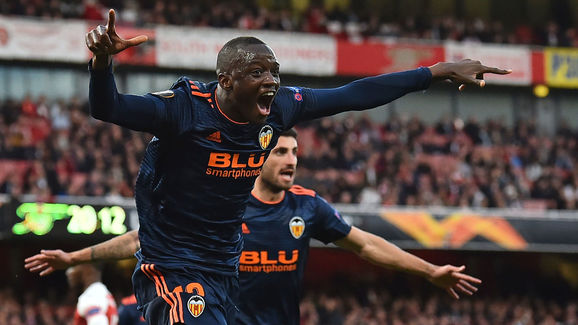 Another star who has shown considerable promise at the Mestalla this season, Diakhaby is a powerful and versatile defence-minded player, capable of operating both at centre back and as a holding midfielder.

At 6’4″, Diakhaby is an imposing presence, and displayed his power to good effect with a goal against Arsenal at the Emirates in the Europa League, scoring with a header​ which he hardly appeared favourite to win but showed great strength and desire to force home.

Still only 22 and with a great deal of physicality to offer either in defence or midfield, Diakhaby could be an ideal investment for any Premier League side looking to add more steel to their spine next term. His versatility could prove valuable to clubs such as ​Manchester United, ​Tottenham and Arsenal, who are all likely to be on the lookout for defensive reinforcements. One of the more up-and-coming young stars of Valencia’s senior squad, Ferran Torres is still only 19 bu​t has already shown more than enough ability to suggest that he could become Spain’s next midfield superstar.

There can be no greater sign of Torres’ promise than a list of potential suitors which already includes ​Liverpool, ​Chelsea, ​Real Madrid and ​Barcelona, and the youngster’s attacking abilities in midfield or out wide could earn him a big move to one of Europe’s elite sides. 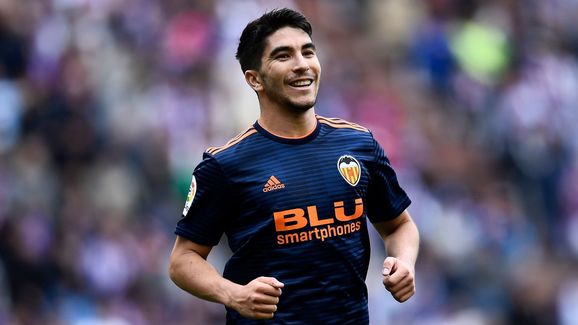 Another player who has already become a first team regular at a relatively young age, Carlos Soler has established himself as one of the most consistent names on Marcelino’s team sheet this season.

Still only 22, the midfielder made 51 appearances in all competitions for Valencia this season, scoring four goals and laying on 11 assists, demonstrating technical and creative abilities which are likely to attract a variety of clubs across Europe.

Soler is another versatile option, capable of playing either out wide or in central midfield, and has a similar playing style to Atletico Madrid star Koke. With his best years still ahead of him and Europe’s top sides always on the look out for creative midfielders, it would be a surprise if significant moves were not made by a number of top clubs to secure Soler’s services. 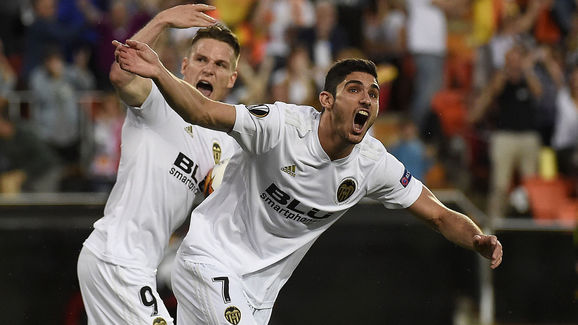 A more familiar name that has done the rounds in the European transfer gossip for a number of years now, Guedes is still only 22 and is yet to fully unlock his huge potential, though the Portuguese’s raw attacking talent is likely to appeal to many potential suitors.

The winger is capable of playing in a variety of positions across the frontline and made his name as one of the brightest young attacking talents on the continent with Benfica, before a short-lived spell with PSG failed to bring out the best in Guedes.

The Portugal international has enjoyed greater success with Valencia following an initial loan spell, having racked up five goals and three assists in 25 La Liga appearances this season. Guedes could be of interest to former PSG boss Emery, who will be desperate for a new wide attacker this summer, and he could finally thrive under the Spaniard at Arsenal. One of the most potent strikers in Spanish football at present, Rodrigo scored the ​decisive goal in Valencia’s cup final win over Barcelona on Saturday and his clinical finishing ability would be a bonus for any top side next season, not least the Catalan giants.

Ernesto Valverde has struggled to acquire sufficient backup for first choice centre forward Luis Suarez, with Kevin Prince-Boateng’s January move to Camp Nou unsurprisingly proving ill-fated, and that lack of offensive cover cost the Blaugrana greatly at the back end of the season.

Barca are unlikely to spend big on an out-and-out centre forward this summer, having missed out on the signing of Luka Jovic to Real Madrid, and Rodrigo fits the bill perfectly as a supporting option for Suarez. At 28, the striker has the necessary experience and is unlikely to break the bank, with Barca also pursuing the more costly additions of Matthijs de Ligt and Antoine Griezmann.