​Contrasting reports have emerged surrounding the future of Real Madrid captain Sergio Ramos, with one claiming the defender is after a new contract in the Spanish capital and the other insisting he has requested a move to the Chinese Super League.

Ramos’ future has been in flux since the end of the disastrous 2018/19 season, with reports of a breakdown in the relationship between himself and president Florentino Perez, leading to (admittedly tenuous) links with Manchester United, Liverpool, Paris Saint-Germain and Juventus all cropping up. 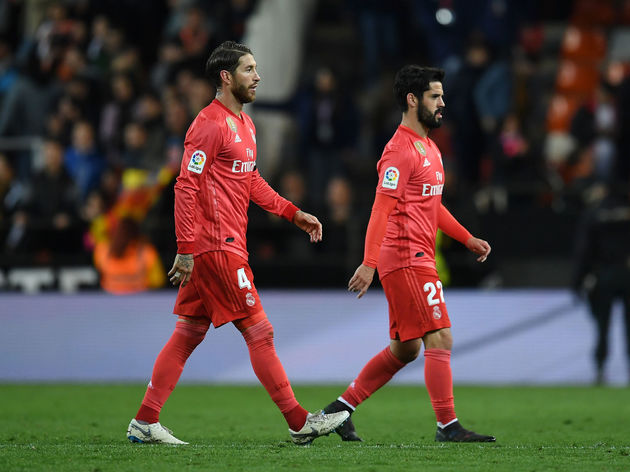 However, according to Jugones La Sexta (via ​AS), the likeliest suitors of the Spaniard are actually from the Far East, with the player asking Perez in a meeting alongside his agent permission to leave after receiving a ‘very attractive economic offer’ from a Chinese Super League side.

It is understood that both United and PSG have been sniffing around Ramos for some time, though the 33-year-old has always stayed firm in his loyalty to ​Los Blancos. However, this summer is the first time that he’s considered his future elsewhere, and the possibility of a move to China has got his ears pricked up.

In stark contrast, ​SPORT claim that all the fuss surrounding the Spaniard is actually just posturing for the player to gain improved terms at the Santiago Bernabeu. According to their report, ​Ramos is desperate to attain a new deal at the club, which would contain a year’s increase (taking him through to June 2022) on his current contract and a further €2m per year.

Apparently, he has been angered by the possibility of ​Eden Hazard waltzing into the capital and gaining a higher contract than himself, prompting him to plump for a pay rise.

Indeed, just muddy the waters further, they then suggest that the World Cup winner is after a move to America and MLS when that deal expires. Obviously, this one will run and run.