The transfer window in England is now open, and the rest of Europe will soon be able to join the party as well.

There doesn’t seem to be a single player in world football who hasn’t been linked with a transfer this summer. Even Danny Drinkwater might get a transfer (fingers crossed, Chelsea fans). Grab your popcorn, because this window could be a fun one.

Here are seven stories for you to keep an eye out for. Once ​Aston Villa fans stop celebrating their promotion back to the ​Premier League, they will have their sights set on some huge signings to keep the momentum going.

One of the names on their wish list is ​Liverpool winger Ryan Kent, who enjoyed an impressive season on loan with Rangers. According to ​Football Insider, the Villans had warned Liverpool to expect a ‘major bid’ for the 22-year-old if they won promotion, and here we are. Time to put their money where their mouth is.

Jurgen Klopp wants £12m, having accepted that he is never going to make the grade at Anfield. Dean Smith will certainly be hoping Liverpool regret that decision. Not only is Moussa Djenepo’s name an impressive score in Scrabble, but it could soon be plastered on the back of a ​Southampton shirt.

The 20-year-old winger has racked up 11 goals and six assists for Standard Liege this season, and ​Tuttomercatoweb state that he has caught the eye of Southampton, who have almost finalised a €22m deal to sign him.

Don’t lie, you’ve (probably) never heard of him. He has some impressive YouTube highlight videos – including a tasty double nutmeg against Ajax last summer – so any fan online will almost certainly tell you that he is destined for the top. Not reaching next season’s ​Champions League will hurt ​AC Milan fans, but it could be about to get a whole lot worse.

According to ​TuttoJuve, ​Juventus had decided to lodge a bid for centre-back Alessio Romagnoli if Milan failed to reach the Champions League. ​Inter’s late win over Empoli saw the Nerazzurri qualify at Milan’s expense, and it could now spark Juventus’ plan into action.

A €50m deal is on the cards, whilst the ​Serie A champions could offer a player-plus-cash deal to lure Romagnoli to Turin. The 24-year-old wants the move, so Milan fans may need to start saying their goodbyes. I’m not going to make a joke about ​Tottenham Hotspur’s wage structure. I mean, who wants to pay top players more that £5-a-week anyway?​

The next player who could find himself outside of Spurs’ price range is Paris Saint-Germain’s Julian Draxler who, according to France Football (via ​Sport Witness), the club see as an ideal replacement for ​Christian Eriksen if (when) he moves to ​Real Madrid.

The German wants wages of at least €8m per year which, on top of a €40m transfer fee, could ruin things for Spurs. Inter and ​Bayern Munich are two sides who are ready to pay up, so Spurs better make a decision soon. There are few left-backs in world football more exciting than Lyon star Ferland Mendy. The 23-year-old is a fully fledged star in France, but it seems like Lyon are ready to cash in.

​L’Equipe state that, after turning down multiple offers of around €35m, Lyon would be prepared to sell Mendy for €55m instead. That will come as good news for Real Madrid, who were one of the bidding teams. That extra €20m is practically pocket change for Los Blancos.

Lyon still dream of building their future around Mendy but, as we all know, money talks. After all, they will probably just unearth another hidden gem from the third tier of French football anyway. Pep Guardiola is seemingly not happy with the lack of quality that ​David Silva, ​Bernardo Silva and ​Kevin De Bruyne offer (to be clear, that’s a joke), and Manchester Evening News claim that he will monitor Real Betis’ Giovani Lo Celso at this summer’s Copa America.

Spurs are said to have already failed in a €60m offer for the 23-year-old, as Betis hope to earn even more money from City or fellow suitors ​Atletico Madrid. Greedy. 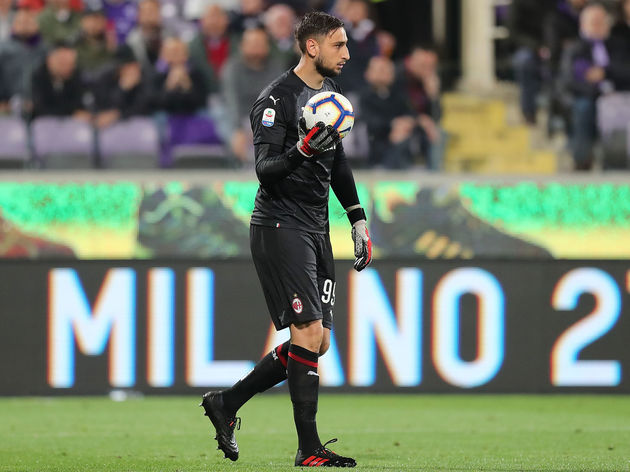 When ​Arsenal signed Bernd Leno last summer, he was supposed to be replacement for retiring ​Petr Cech. The German took his place in the lineup, but reports in Italy suggest he may not be there for long.

​Tuttomercatoweb state that ​Unai Emery has been less than impressed with Leno this season, so he launched an enquiry for AC Milan wonderkid ​Gianluigi Donnarumma. The Gunners were quoted an eye-watering fee of around €70m, so they now have to think about just how much they don’t want Leno.

Donnarumma wants to remain with Milan, but their Financial Fair Play struggles could force their hand. However, if Arsenal couldn’t afford to sign Denis Suarez permanently in January, them shelling out a cool €70m for Donnarumma seems a bit far-fetched.