Cristiano Ronaldo has recently been in contact with James Rodriguez in an attempt to lure the Colombian midfielder over to Juventus this summer.

Rodriguez has just finished his second year on loan at Bayern Munich, but after falling out of favour with manager Niko Kovac, it is now very unlikely that the Bavarians will exercise the option to sign the 27-year-old permanently from his parent club Real Madrid. According to German outlet ​Sport Bild, ​Rodriguez’s former ​Real Madrid teammate ​Cristiano Ronaldo has been in contact to try and convince him to make the switch over to ​Juventus during the summer transfer window.

Although Rodriguez will be returning to Real Madrid, where he still has two years left on his current deal, he is reluctant to remain at the Santiago Bernabeu after previously falling out with Los Blancos manager Zinedine Zidane. 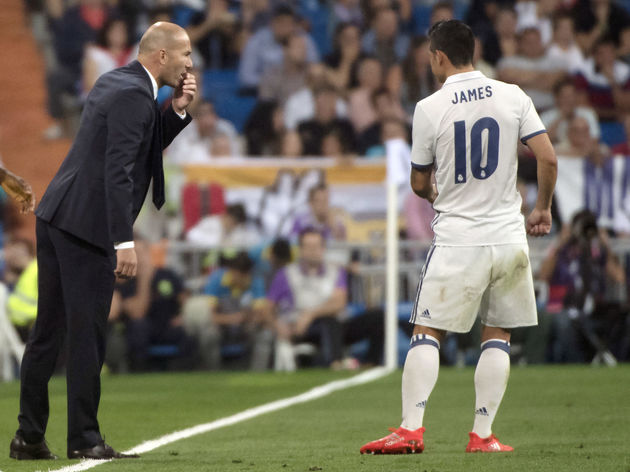 Ronaldo’s attempts to persuade Rodriguez have also been supported by Juventus’ hierarchy, who also see the Colombian as a viable target this summer.

Both Ronaldo and Rodriguez share the same agent in Jorge Mendes, who coincidently represents Renato Sanches, another player whose future at Bayern Munich appears to be uncertain. The news of Juventus’ potential interest in Rodriguez comes shortly after a recent report suggested that their Serie A rivals ​Napoli were also interested in negotiating a deal for him.