​Junior Firpo has been linked with both Barcelona and Real Madrid, however in a recent interview the 22-year-old has chosen to play down reports of a move to Spain’s biggest clubs and instead focus on his development with his current team, Real Betis.

The youngster who plies his trade on the left hand side, either at full back or sometimes in midfield, made 25 appearances for Betis this season and has attracted interest from Barca, Real and Manchester United. Whilst speaking to Spanish outlet ​Marca, Firpo made sure not to seem too fussed by the recent speculation and instead focus on his current team and his involvement in the Under-21 European Championships with Spain.

When asked whether he prefers ​Real Madrid or Barcelona, he replied:

He went on to add: “At this moment I’m here focused on the European Championship and until that is over, I’m not going to think about anything else.”

The talented full-back has emerged as a possible alternative to Jordi Alba at ​Barcelona and his stats this season show how attack minded he is. In 24 appearances in ​La Liga he has three goals and four assists – two of which came in back to back matches to finish the season. 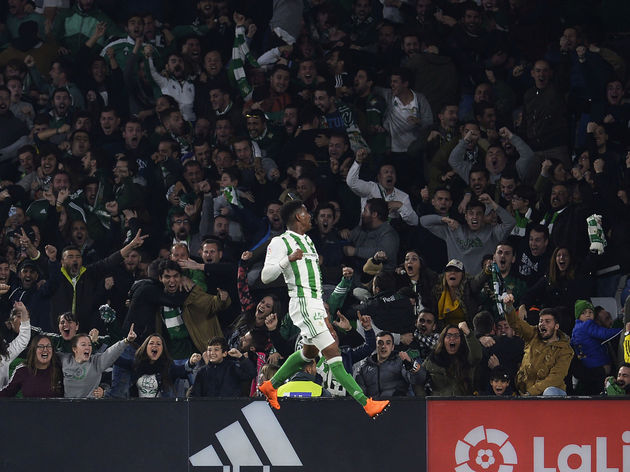 When asked whether he is planning his future for after the Under-21 European Championships,