​Real Madrid winger Gareth Bale has met with the club’s board of directors to discuss his future, telling officials he has no intention of leaving the Spanish capital this summer.

Like many a galactico, the Welshman has somehow found a way to upset supporters of the European giants. As a result, the fanbase have been vocal in their pleas for president Florentino Perez to sell the 29-year-old at the next available opportunity.

However, ​Diario AS report that Bale is planning to stay exactly where he is, regardless of the fact that returning coach Zinedine Zidane views him as surplus to requirements at Real. 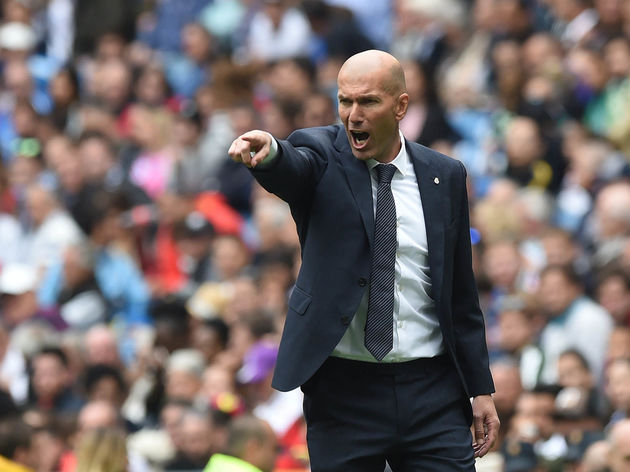 The former ​Tottenham Hotspur showstopper was purchased by ​Los Blancos for a then-world record fee of £86m in 2013, though he has spent much of his career in Madrid battling criticism from the supporters and media, alike.

Bale was expected to finally step out of Cristiano Ronaldo’s shadow when the eminent Portuguese upped sticks and moved to ​Juventus last year, but has instead struggled for any consistency in a nightmare campaign for the whole team.

A mega-money switch back to the ​Premier League has looked on the cards for months, with ​Manchester United amongst the sides vying for his signature. Unfortunately for the Red Devils, the three-time ​Champions League winner has instructed his current employers to ignore any incoming bids.

Let’s face it, this isn’t really about football, is it? If it was, good old Gareth would be on his merry way to Spurs or some other club that would actually give him the time of day. But no, Tottenham can’t match his staggering wage-demands – the forward rakes in £350,000 net every week – and very few else would. If you’re holding out hope that Bale will be playing for your club next season, you’re probably gonna be disappointed (unless you follow Real and even then you’ll probably still be disappointed).

He has never looked like transferring elsewhere. The lifestyle suits him, he’s earning a pretty decent salary and he doesn’t care if he has to spend 90 minutes on a bench every week to maintain that.