The veteran defender has hailed the Belgian winger as “world class” after he signed a five-year deal at the Spanish giants.

Speaking ahead of Spain’s Euro 2020 qualifier against Sweden, Ramos stated that Hazard is a “great signing” for the club following a disastrous 2018/19 campaign. ​Ramos affirmed: “I think it’s a great signing. He is a world class player. It is good to reinforce the squad.” (via ​Daily Mail)

​Hazard is believed to be earning more than £400,000 a week on his initial five-year deal and he will be presented on Thursday after returning from international duty with Belgium.

The attacker scored 21 goals in 52 appearances this season, creating 17 for his teammates along the way. He is capable of playing on either flank or through the middle as a number ten or as a false nine.

In his press conference, Ramos also once again quashed rumours that he is set to leave Los Blancos this summer, stating:

“I had to go out to give the press conference. I think it was the best for everyone. The important thing was to turn the page and not talk about it any more. The goal is achieved.

“I am very happy in ​Real Madrid and playing for the national team is not a relief but a source of pride. When you have been injured, you really value what you do not have. I live it as if it were the last time. It’s all very well.” 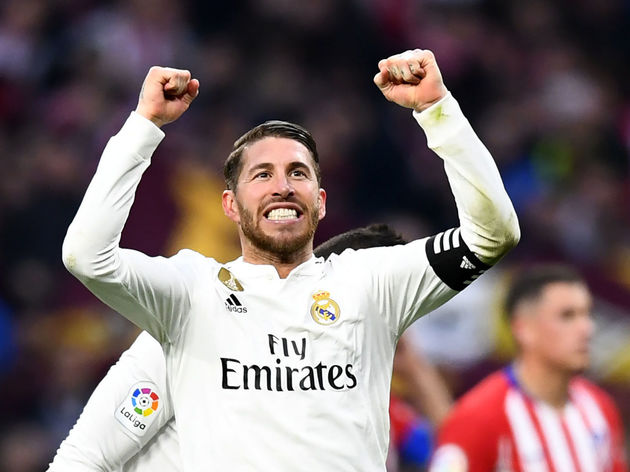 The 33-year-old is happy to have vanquished the uncertainty over his future that followed reports of him asking to leave the club.

Ramos has spent 14 years in Madrid since leaving Sevilla in 2005. He has won no less than 20 trophies for the club during that time, and will hope for more silverware in the upcoming campaign.