The relationship between Neymar and the club’s hierarchy ​at Paris Saint-Germain has reportedly broken down as the Brazilian could be heading for an exit this summer.

Neymar became the most expensive player in footballing history when he made the £200m-plus move from Barcelona to PSG in 2017 in a bid to escape the shadow of Lionel Messi, but his days in France could now be numbered. Just two years on, the former ​Barca forward could be on his way back to La Liga, as ​​Sport report that he has stated his desire to leave the Parisian club and could potentially return to the Camp Nou.

The attacker is reportedly keen to move to a club with more serious hopes of winning the ​Champions League, as PSG have continually failed in the competition despite huge investment in the playing and management staff. 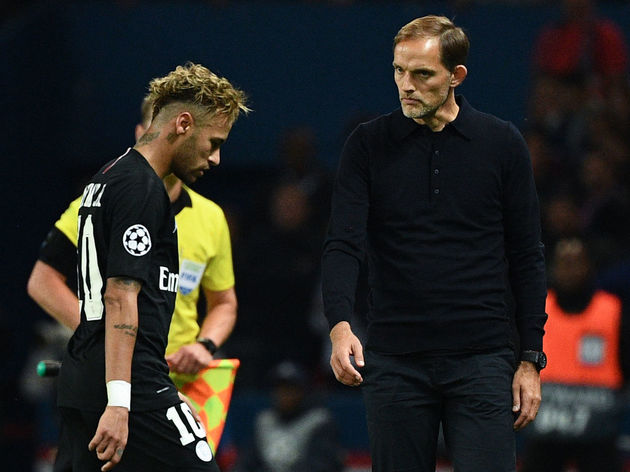 Their latest European failure came at the hands of ​Manchester United in the last 16 stage, as the Red Devils’ last minute penalty earned them a spot in the quarter-finals on away goals.

​Neymar left Barcelona not only for more money, but to become the star of PSG, as he had grown tired of being outshined by ​Messi. In reality, the Brazilian has found that his superiority in Ligue 1 has led to him being targeted by opposition more often, meaning he has picked up injuries more frequently. A return to the Catalan giants looked unlikely this time last year, but recent developments have made it look more and more feasible. PSG are reportedly interested in Phillippe Coutinho, which could help negotiations progress even further.

This could spark a bidding war between Spain’s top two clubs, as ​Real Madrid have also expressed an interest in the Brazilian in the past, with Zinedine Zidane aiming to rebuild a Los Blancos side badly lacking in quality. Aged 27, Neymar has three years left on his contract at PSG. The club must now decide whether they should hang on to a wantaway player, or cash in whilst he still holds a significant market value.