Marco Asensio is being dubiously linked with a move away from Real Madrid this summer, despite the fact that Zinedine Zidane has previously insisted that the young Spaniard is a key part of his plans going forward.

It’s fair to say that Asensio hasn’t quite lived up to the significant hype that surrounded him when he first broke on to the scene with Real​, so it comes as no real surprise to see that the Spanish press are peddling the notion that Los Blancos are looking to part ways with him as soon as possible. 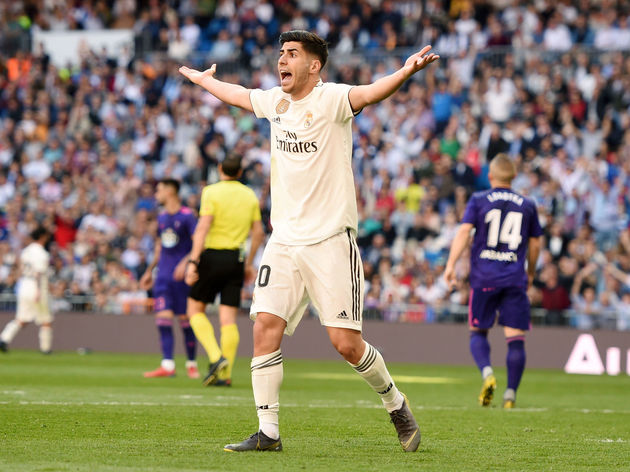 Cadena Ser are reporting that ​Real Madrid are suddenly willing to ‘listen to offers’ for Asensio – particularly as he flattered to deceive in 2018/19, registering just one goal and six assists in La Liga.

While this is all fine and dandy, the report fails to mention the fact that Zidane – who it must be presumed knows what he’s talking about – has already declared that Asensio will be going nowhere this summer.

Amidst rumours linking the winger with a move to ​Liverpool, Zidane previously ​said: “I have spoken to him and told him that he will be fundamental to the team. And I want him here with us.”

Real Madrid have made a splash in the transfer market already this summer, signing the likes of ​Eden Hazard and Luka Jovic, but that doesn’t immediately mean that Asensio is on the chopping block. This is especially true when you consider the number of high earners who are over the age of 30 who, it must be said, had even more underwhelming seasons than Asensio.

If Real really are ‘willing to listen to offers’ (whatever that may mean), then Zidane may want to have a quiet word with the board.