Pogba has been heavily linked with a switch to Real ever since fellow countryman Zidane returned to the Bernabeu in March and speculation hasn’t faded, despite continuing to be involved United marketing for next season and stories that he could be made captain. It is French outlet L’Equipe that has published the latest on Real and Pogba, alleging that Zidane only has a ‘very specific name in mind’ for his ‘new project’.

Somewhat harshly, the story could hardly be clearer in its claims that the three-time Champions League winning coach does not want Eriksen to join Real.

The Dane, who has only one more year left on his current Tottenham contract, recently admitted that he could be ready to move on from north London in order to ‘try something new’.

However, L’Equipe insists that Eriksen is ‘not the style of player’ that Zidane wants. The newspaper also highlights an underwhelming performance in the Champions League final against Liverpool and claims that Real have received ‘negative reports’ about his personality. But the most important reason remains that Zidane only wants Pogba, and no one else. 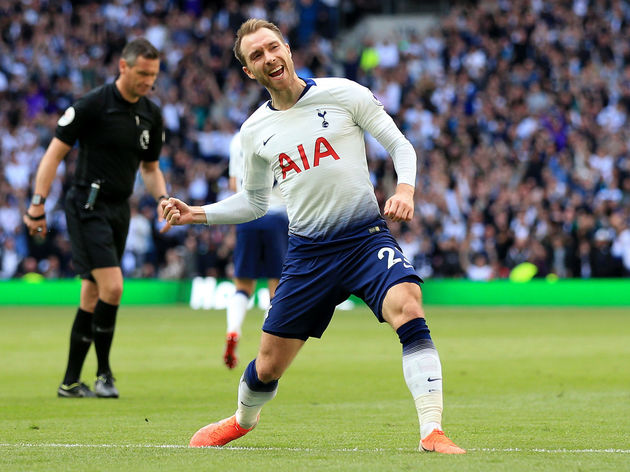 That would appear to also rule out rumoured interest in Lyon starlet Tanguy Ndombele.

Real may still have their work cut out trying to land Pogba, though, and L’Equipe acknowledges that it would be ‘complicated’ – even while they also report that Pogba has zero intention of remaining at United next season. That ties into gossip earlier this week that Manchester United would demand at least £150m (€168m) for Pogba, an enormous new Real transfer record.

Another reason why it is complicated is the interest of Pogba’s former club Juventus.

Sport Witness notes on the ongoing saga that ‘Pogba himself has been surprised by Madrid’s approach to talks and would now also consider a return to Juventus this summer.’ What’s more, according to Sky Sports, Juve sporting director Fabio Paratici has already made contact with Manchester United after visiting the club’s London office this week.

It is said that the purpose of his visit was to hold ‘face to face talks’ over a possible deal for Pogba, with Juventus right-back Joao Cancelo, a rumoured target for Manchester City, part of the discussions.

Paratici also met with Chelsea while in London to thrash out a deal for Maurizio Sarri, seemingly successfully, while he is said to have stopped in Lyon to talk about Ndombele.