​It started as a pipe dream, a lovely idea and all that, but one that would never actually happen.

However, the notion of Frank Lampard returning to Stamford Bridge – his spiritual home – doesn’t seem quite so ridiculous anymore. It is very much on the cards after Maurizio Sarri left Chelsea to become Juventus’ new boss and there have even been whispers that a deal to bring Lampard back to west London Thierry Henry is a really, really nice man. Unfortunately, he is also a really, really bad football coach. Ok, that’s a bit over the top, but my goodness he had a nightmare start to his managerial career.

He lasted 104 days in the Monaco hotseat having come through the Ligue 1 side’s academy in the 1990s. Now, that might seem harsh, but had they given him much more time it would have been because of blind loyalty rather than Henry actually earning it.

The ex-striker won just 20% of the matches he oversaw, collecting just a single point in the ​Champions League group stages and leaving the club in the relegation zone by the time of his dismissal in January. Renowned for his bullish attitude and fierce on-field demeanour, Gattuso is decidedly less intimidating following a testing period as ​Milan boss. They finished fifth in the league last term, agonisingly close to securing a return to the Champions League.

That’s hardly an abysmal showing. Still, the feisty Italian squandered £170m on a host of new recruits who, for the most part, looked disinterested and sub-par. Worse still, he lost 5-1 to ​Arsenal (ARSENAL!?) in the Europa League in 2018 – that’s just unforgivable. 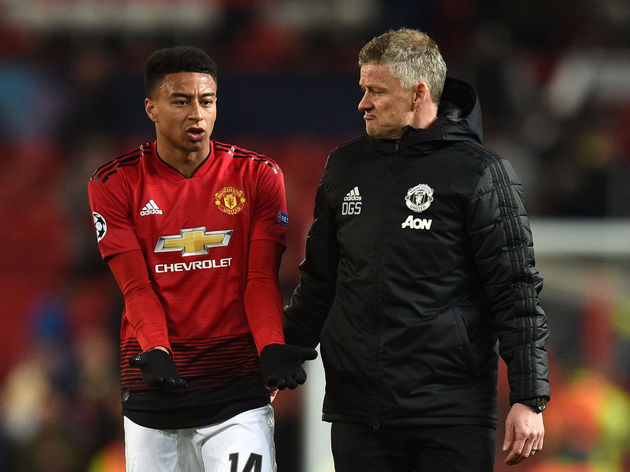 Never get in a car if Ole Gunnar Solskjaer is at the wheel. The ‘Baby-Faced Assassin’ flattered to deceive at ​Manchester United, initially looking like the messiah before his Red Devils side started to splutter and choke.

Things were rosy when March rolled around and Ole had been in the job for a few months, with the Norwegian having the second best win ratio in United history by that point. By May he had the worst.

Nevertheless, this may be less of a Solskjaer problem and more of a Manchester United one – no coach has truly impressed at Old Trafford since Sir Alex Ferguson’s retirement and the squad seems to be lawless. However, it’s still early days for Solskjaer and he’s already proven he can get this team back on its feet. No one can deny that Pep Guardiola’s tenure at ​Barcelona brought unparalleled success to Camp Nou. What people do debate, however, is how much of it was down to Pep and how much was due to the insanely talented squad at his disposal.

Firstly, he is not a fraud. Yes, he has spent gargantuan sums of money on recruitment, but that is because his breathtaking style-of-play requires a certain calibre of players. Of course, the need for significant financial backing and a team with such immense levels of skill does slightly detract from the impressiveness of the Catalan’s record.

Nevertheless, two European titles and the most trophies collected by any Nine pieces of silverware were collected during Zinedine Zidane’s first stint with ​Real Madrid, the Frenchman winning three more trophies at the Bernabeu than he did as a midfielder in roughly half the time.

A hat-trick of Champions League triumphs is a superb achievement, but Zidane has been unable to work his magic since rejoining Los Blancos in the spring. Between 2016 and 2018 he had a win-percentage of 70%, but in 2019 he has struggled to motivate a lethargic Real outfit.

He must stop the rot or risk his magnificent reputation in the Spanish capital turn to dust (Madrid fans have notoriously-short memories). 27 April 2015: Bournemouth are promoted to the ​Premier League for the first time ever after winning the Championship with 90 points.

21 May 2017: Bournemouth finish in ninth place in the top-flight, above last season’s champions Leicester City.

The facts do all the talking when it comes to Howe’s performance with the Cherries. He is a delightful man and King Kenny’s greatest contribution to ​Liverpool is not related to matters on the field. They were vastly superior to every other club in the land under Dalglish, tasting glory on numerous occasions.

However, it was the Scotsman’s courage and grace in the wake of the Hillsborough disaster that make him so respected and adored. He held the Reds together in their darkest hour, showed what it really means to be brave and carried the weight of a weeping city on his back.