Whatever country, whatever league, whatever level, it takes a brave player to don the strip of two fierce footballing rivals during their career. Not many do so, whether it be down to sheer respect for a former club or simply because they dare not face the ridicule, it’s a huge step to take.

Granted, Real Madrid and Atletico Madrid don’t have the most heated of rivalry in world football (El Clasico is perhaps more important to Los Blancos), but a rivalry it is nonetheless.

With a transfer across the capital nearing ever closer for one Marcos Llorente, we here at ​90min have taken a look at the eight players to play for both of the two biggest clubs in Madrid.   ​

Hugo Sanchez is, to this day, arguably one of the greatest forwards to not only don both shirts but to ever play the beautiful game in general.

The Mexican signed for ​Atletico Madrid in 1981 and found the net an impressive 54 times in 111 ​La Liga appearances over a five year spell. His reward for his outstanding performances was a transfer to the white side of Madrid where he stayed until 1992.

During his time at Real, Sanchez hit 35+ goals for four seasons in a row, including breaking the 40 mark twice. Deadly. 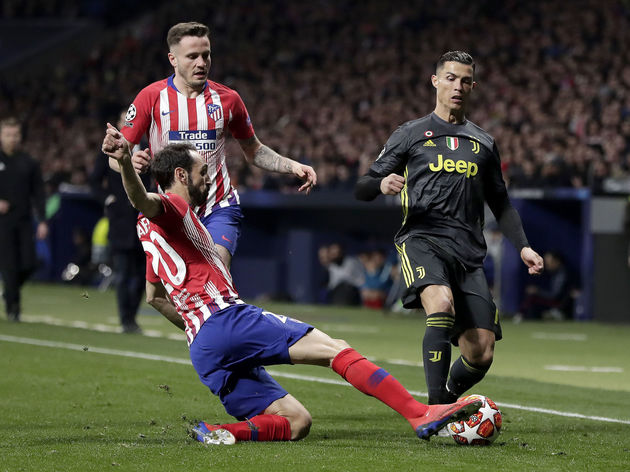 Many casual fans may not even realise that Juanfran spent some time at Real Madrid after being so used to seeing him wearing the red and white over the last decade.

Before his transfer to Osasuna in 2006, the full back came through the ranks at Los Blancos before breaking into the senior team in 2004.

The Spaniard only made six appearances for Real before his eventual transfer away but as they say, one man’s loss is another man’s gain. Juanfran made his move to Atletico in 2011 and has since cemented himself as a bit of a club legend. The late Jose Antonio Reyes, well known to many for his time at ​Arsenal, had a loan spell at Real Madrid before making a permanent move to the other side of the capital.

Arsene Wenger sent the winger on loan to Los Blancos in 2006 and despite impressing during his short time, decided to take up the option to sign for their rivals, Atletico in 2007.

Reyes was an extremely likeable character and player wherever he went. Sadly, the 35-year-old passed away following a car accident earlier this year and tributes flooded in from around the footballing community, honouring the Spaniard and his great career. Bernd Schuster decided to one up everyone in the list by not only playing for Atletico Madrid and ​Real Madrid, but prior to both, playing for ​Barcelona also.

The German midfielder transferred to the Sanitago Bernabeu following an eight-year spell at the Camp Nou and caused a huge stir over in Spain due to the fierce rivalry between the two.

Following a successful period at Real, Schuster then caused another stir by making the move to Atletico. He went on to score the opening goal in the 1992 Copa del Rey final versus the Los Blancos, cementing himself in the history books for eternity.

In 2007, he once again returned to the white side of Madrid but this time as manager. We’ve come to the conclusion that the former playmaker just likes being controversial.

Raul; yes that is Real Madrid legend Raul, had a spell at Atletico Madrid. In fact, the legendary striker spent two years of his youth career at the Wanda Metropolitano before making the move to Real in 1994.

Ok, so maybe he didn’t go on to make a senior appearance for the Los Rojiblancos but we didn’t want to leave him out due to our sheer astonishment of the fact Atletico let him slip through their fingers.

One of the greatest strikers of his generation, the Spaniard went on to make 550 appearances for the Los Blancos, scoring 228 goals. Maybe known more recently for his time in the Real Madrid dugout, Santiago Solari spent time as a player at both Atletico Madrid and Real in the 90s.

Midfielder by trade, Solari joined the Los Rojiblancos in 1999 and despite impressing in his first season, couldn’t save the club from relegation from La Liga.

The Argentinian did however impress enough to be scouted by Vicente del Bosque who took him across the capital to join their rivals. ​He made 131 appearances for the Los Blancos before making a move to Italian giants, ​Inter.

​Thibaut Courtois was bought by ​Chelsea in 2011 after impressing as a youngster with native club, Genk and was immediately sent out on loan to Atletico.

After spending three years on loan in the Spanish capital, he quickly established himself as one of the greatest goalkeepers in the world and eventually cemented himself as Chelsea’s number one.

Following numerous successful seasons in London in which he became a ​Premier League champion amongst other honours, he transferred to the Los Blancos at the start of the 2018 season. ​Courtois isn’t the only former Chelsea player to have connections to Madrid. ​Alvaro Morata spent the second half of the 18/19 season in the Spanish capital but this isn’t his first spell with Los Rojiblancos.

Morata was born in Madrid and came through the ranks with Atletico before making the move to rivals Real in 2010. The Spaniard became a bit of a super sub at the Bernabeau, spending a lot of the time playing second fiddle to the likes of ​Karim Benzema, before eventually making what looked to be a breakthrough move to London in 2017.

The 26-year-old, however, couldn’t stay away from his native land and was loaned to his home team following an uninspiring spell at Stamford Bridge in which he never really settled.