He understandably has plenty of suitors who would all be interested in snapping him up, but it appears that Real Madrid and Juventus are the strongest two candidates – with a stay at United still potentially being on the cards.

With that in mind, here’s an assessment of where ​Pogba should be playing his football next season.

How He Fits In 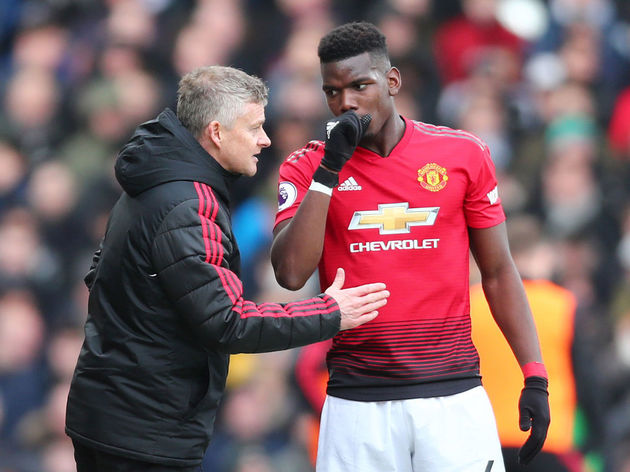 It doesn’t take a footballing expert to understand that Pogba is the star of the show at ​Manchester United – a position he has held ever since he triumphantly returned to the Red Devils back in 2016. Irrespective of their tactical approach or overarching footballing philosophy, if Pogba is fit then Pogba always has to feature.

However, he hasn’t ever been able to consistently reach the level of performance expected of a player with his sort of reputation, with his alarming dip in form at the back end of the 2018/19 season demonstrating that, when things aren’t necessarily going his way, he struggles to raise his game accordingly. In many respects, ​Real Madrid’s 2018/19 campaign was even more disastrous than Manchester United’s, with plenty of previously reliable players failing to reach the same heights as years gone by.

He’s exactly the sort of midfielder Real Madrid are crying out for – at least when he is in top form – as they don’t currently possess anyone whose technical ability is matched by their athleticism. If Real are to install a fresh brand of bombastic, attacking football, then Pogba could easily be the man to help deliver it. ​Juventus currently have a multi-talented squad at their disposal that have been irrepressibly dominant in Italy over the past few seasons, but that doesn’t mean they can afford to stand still this summer. Manchester United were at ‘crisis’ point about 200 times in 2018/19 and they finished the season in a lowly sixth position, light years behind Premier League pace setters Manchester City and Liverpool. Big changes are expected this summer and a squad overhaul is on the cards – raising questions over Pogba’s position at the club.

The Red Devils are going to have to raise some funds from somewhere if they are to afford the countless players they have already been linked to and selling Pogba, who remains their most valuable asset, seems like the most logical decision for both parties. Real Madrid don’t respond to failure lightly. In fact, Los Blancos have been the busiest club in Europe so far this summer, having already confirmed five big money signings – including Eden Hazard and Luka Jovic.

It must be noted, however, that Real Madrid are an utterly bonkers club and they don’t exactly have a brilliant track record of getting things right behind the scenes.There is every chance that they will continue to spend as much money as they are physically able to, only to fall well short of Barcelona again next season. It could be a risky move on Pogba’s part. Stability is one of Juventus’ biggest strengths. It could be argued that they lack genuine opposition in Italy, but the fact that they have utterly dominated the domestic scene over the past few years indicates that I Bianconeri know exactly what they are doing.

If Pogba joins Juventus, then he’ll be moving to a club which can guarantee silverware and that isn’t something either of the other two clubs can offer – for the time being at least. Juventus don’t necessarily have an ageing squad who won’t be able to sustain success either, with youngsters such as Moise Kean and Rodrigo Bentancur indicating that the future is seriously bright.

Juventus are the most stable of the three and their recent rack record exemplifies the fact that they know how to win – even if they have fallen short on the European scene. United are understandably looking to start from scratch (how that goes remains to be seen) and Real are, well, Real. Real remain the highest revenue generating team in football, so it’s easy to see what Pogba would stand to gain if he opted to make the switch from Manchester to Madrid this summer.

We’ve already seen the sort of attention Hazard has received since he joined Los Blancos and it’s easy to see Pogba’s arrival being treated with even more fanfare. Of course, his brand (and ego) don’t need to grow any further, but you can be sure that it would. It would be very interesting to see what would happen if Pogba does make a return to Juventus, as the club, while being undeniably influential, don’t necessarily sit in that top bracket of marketable sides.

Last year’s arrival of Cristiano Ronaldo did help to change that, but it’s hard to see the Portuguese superstar hanging around for too much longer. Moving to United from Juventus was seen as a step up, so would the same be the case if the roles were reversed?

Real are the clear winners in this area, as Pogba’s United relationship is faltering and Juventus aren’t able to command the same sort of financial influence as Los Blancos.

Based on squad options, future plans and marketability, Real Madrid appear to be the best option on offer for Pogba – though that can of course all change over the coming months.

Pogba’s future will remain uncertain right up until a definitive decision is made either way, so expect to witness plenty of twists and turns before the summer is up.