​Fernando Torres, remember him? He used to score goals for fun and terrorise top-flight defences.

Well, that was when he was at Anfield. You may recall the other Fernando Torres, the one who couldn’t hit a cow’s behind with a banjo. Yes, poor old Fernando went from lethal marksman to laughable misfit after joining Chelsea for £50m in 2011 (back when £50m was actually £50m).

I have something very important to announce. After 18 exciting years, the time has come to put an end to my football career. Next Sunday, the 23rd at 10:00AM, local time in Japan, I will have a press conference in Tokyo to explain all the details.See you there. pic.twitter.com/WrKnvRTUIu

Once a contender for PFA Teams of the Year and the ​Premier League Golden Boot, third in the 2008 Ballon d’Or, Torres first became something of a joke and then a pitied, out-of-sorts striker in the space of about three months.

That’s all behind him now, with the World Cup winner announcing his retirement from football on Friday. To pay homage to his volatile career, here’s a look at six other players whose reputations were damaged by unwise moves. 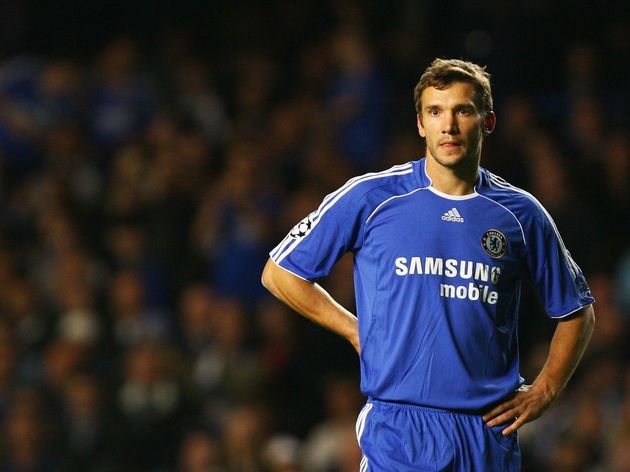 In many ways, Shevchenko was the original big-money flop, the man who paved the way for future flops to go about their flopping. He was a pioneer, if you will.

He totted up some impressive tallies with boyhood side Dynamo Kyiv, hitting 33 goals in his final two seasons in the Ukrainian capital. His performances got even better following a record ​Milan ​ Champions League I remember Rodwell’s breakthrough year at ​Everton. He swept home a delightful goal during a 3-1 victory over ​Manchester United in February 2010 – the first match I had ever seen him play – and looked so composed, so assured and so ready to take the league by storm.

Then he decided on a move to ​Manchester City, a transfer from which he never recovered. Given the Sky Blues’ astronomical spending in the past decade, £10m for the midfielder doesn’t seem too bad.

It was arguably the worst £10m they ever paid. Rodwell never seemed comfortable at the Etihad Stadium and it was readily apparent that he was out of his depth. He continued to deteriorate following a switch to Sunderland, both physically and mentally, eventually refusing to play for the club.

He has been handed a lifeline by Championship outfit Blackburn Rovers, though it is one that many feel he doesn’t deserve. Despite his steep salary rinsing Sunderland, Rodwell didn’t answer the call in their time of need. Criminal. This one is actually hilarious. Sanchez was marvellous whilst at ​Arsenal, offering a deadly goalscoring threat, as well as producing neat interplay with teammates.

At United, however, he’s like a different person. From the moment he missed an open goal against​ Newcastle United less than a month into his Old Trafford career, his spell in the north-west appeared to be doomed. And so it proved, with Sanchez looking more like an imposter than a footballer these days.

He has now become a figure of ridicule for opposition fans and a focal point for Red Devils supporters to vent their frustrations. It still makes me chuckle when I remember that United pay up to £500,000-a-week for his… services? When you uncover the real story behind Carroll’s insane £35m transfer to ​Liverpool, it’s actually rather sad. The Geordie loved his boyhood Newcastle and agreed to join the Reds because he knew the significance of such a ridiculous sum of money to the Magpies.

He didn’t want to go, yet still received abuse from the Toon Army for what was, in reality, a selfless act (sort of). The footballing gods were uninterested in Carroll’s righteousness, though, and struck him down with a plague of poor form and relentless, niggling injuries. Robinho effectively performed a character assassination on himself after initially looking like a Manchester City legend in the making. The Citizens made him the Premier League’s most expensive purchase in 2008, taking him away from ​Real Madrid for the lofty price of £32.5m.

In the 31 top-flight matches he featured in during his debut campaign, the Brazilian collected an admirable 14 goals, whilst also acting as the creative heartbeat of the side. And then he decided Manchester was too cold and rainy…

Robinho only scored once the following year, the final goal in a 4-2 FA Cup defeat of the mighty Scunthorpe United. He was shipped off to his homeland on loan for the second half of the season, before being offloaded to Milan that summer, never to be seen on these shores again. Kaka was sublime at San Siro, fuelling Milan’s charge to two Champions League finals. he was just so elegant and gracious on the ball, yet also capable of devastating opponents.