​Toni Kroos has criticised Bayern Munich’s management of his career when he was was a youngster, adding that he regretted signing a contract extension with the club back in 2010.

After initially joining Bayern back in 2006, Kroos managed just five Bundesliga starts in two-and-a-half years, before joining Bayer Leverkusen on loan in January 2009. Once he returned 18 months later, he renewed his contract and began to blossom into one of the world’s finest midfielders. Speaking in his upcoming film ‘KROOS’ (via ​Goal), ​Kroos admits he regretted renewing his contract with ​Bayern just minutes after signing off on the deal.

He said: “I was often told how great I was and how I was doing everything right. Still I did not play. I was convinced I deserved more.

“Originally I did not want to return [from Leverkusen]. When I signed my extension, I rued it ten minutes later. 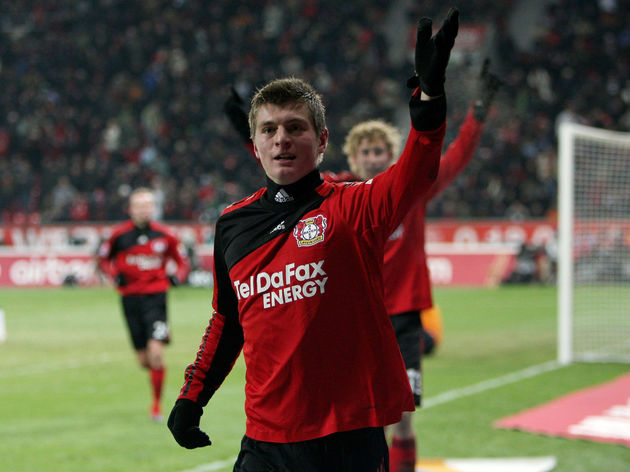 “While I signed the contract, Karl-Heinz Rummenigge commented: ‘Wow, you have got a great contract now.’ It was like he told me: ‘So now you have to play a little better.'”

The film features insight from officials who have worked alongside Kroos throughout his career, including Bayern president Uli Hoeness, who confessed that the club did not want to part ways with Kroos.

He added: “Toni is a great player. But there is not one player in the world who can do everything all by himself. A club sometimes has to make hard decisions. This decision [to sell him] was a hard one and maybe a wrong one, no doubt.” After returning from his loan spell, Kroos went on to make 176 for the Bavarians, winning two ​Bundesliga titles, two DFB-Pokal cups and also the ​Champions League in 2013. However, he brought his time in Germany to an end in 2014, opting to make the switch to ​Real Madrid.