It’s been a revolving door policy in Madrid so far this summer, with a number of high profile signings jetting into the Spanish capital to help resurrect the fortunes of Zinedine Zidane’s ailing side.

The Old Lady, meanwhile, have recently appointed Maurizio Sarri as their new manager, and are keen to strengthen their squad once more as they look to retain their Serie A crown for a ninth successive season. A move for Isco does seem to a little out of the realms of possibility, but nevertheless Italian pubication II Corriere di Torino (via ​CalcioMercato) claim La Vecchia Signora want to sign him – and that a move could happen.

Juventus forward Paulo Dybala is named as a potential casualty in Turin should the Spanish playmaker arrive, after enduring a difficult season in the shadow of superstar Cristiano Ronaldo, who arrived at the club last summer.

The former Malaga star does have an eye watering €700m release clause, but it’s claimed a deal could be thrashed out for the paltry sum of €80m.

Should he arrive at Juve, Isco would fit into the Ross Barkley or Mateo Kovacic 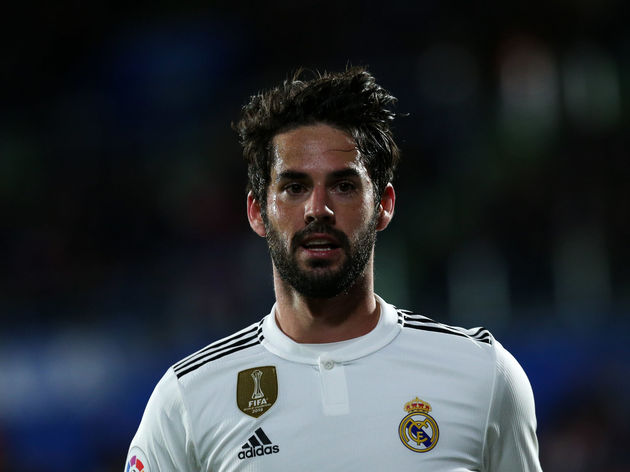 Sarri’s side have also been linked with a surprise move for Inter striker Mauro Icardi, though any potential swap deal involving Dybala has allegedly been ruled out. With Gonzalo Higuain returning to the club this summer after loan spells away, no such deal is likely to take place.