​After seven agonising years of waiting, FIFA gamers are finally being treated to a new street football option from EA Sports.

Ditching the ‘FIFA Street’ name, VOLTA Football is the latest panna-fest that will be released as part of FIFA 20.

Most intriguingly, along with your own, customisable baller, all the licensed teams in FIFA 20 are available in VOLTA.

With a wealth of teams to choose from, which club currently has the best squad for a game of off-the-wall, concrete-floored, skill-soaked street football?

Obviously, with so many modes coming to VOLTA, the answer to who the best side is varies. For the sake of this list, a side’s ability will be judged for classic street 5-a-side: no refs, walls up, keepers in net. The teams will be ranked based on the completeness of their five-man teams and one substitute.

Players must be technically gifted on the ball to be a useful street football player, so players such as Toni Kroos, who are considered top players in an 11-a-side team as they are masters at their role, won’t be seen in as high a regard here, as flair and dribbling will be the big priority. It may have been a season to forget for ​Manchester United, but they do have some top individual talent that would make a decent 5-a-side team in VOLTA.

Rashford and Martial up top are two proven quick, skilful dribblers, with the ever-flamboyant Paul Pogba in behind them. The athletic De Gea fills the net and Eric Bailly holds down the defence; a rapid, strong defender who’s shown us that he isn’t afraid to take chances and run out from the defence with the ball at his feet. 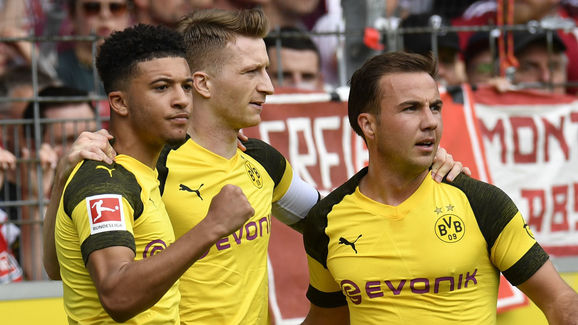 A flurry of summer signings have already bolstered ​Dortmund’s skilful group of players. Although Burki may not be a top top goalkeeper, he now has the unit that is Mats Hummels back in yellow and black to keep the opposition away.

Marco Reus would hold down the midfield, pinging passes and taking on players himself. Up top is new signing Thorgan Hazard, a nimble and fast-thinking dribbler, and the proven trickster, Jadon Sancho, who has been embarrassing Bundesliga defenders all season on the turf. He’ll certainly be able to do the same on the streets. Porto, although not considered a real top-tier side anymore, have some real ballers in their squad. With Brahimi in a playmaking role and Aboubakar up top, both of whom are 5-star skillers in FIFA Ultimate Team, there will be a strong attacking threat full of flair.

A sturdy defence made up of the attack-minded Alex Telles and the immensely strong Danilo would guard the goalkeeper. However, who will be in the net, is unclear. With Iker Casillas’ shock illness and Jose Sa heading to Olympiakos, Porto appear to have a lack of quality keepers. Someone will surely be bought in the transfer window, but who? 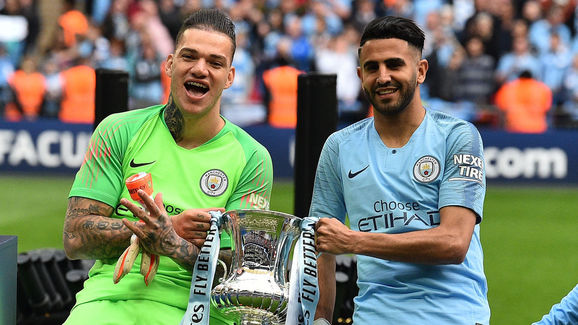 Premier League champions ​Manchester City have an incredibly talented squad on the turf, and certainly some skilful players who would impress on the concrete.

In Ederson, the Ciitzens have one of the world’s best keepers with the ball at his feet. He alone could potentially run through a team.

In front of him, the rapid Kyle Walker would close down attacking threats. A lone midfielder, the composed and precise Kevin de Bruyne can not only pick a pass but also jink his way past defenders. Up top, the clinical Sergio Aguero and the unpredictable Riyadh Mahrez, who put many a Premier League defender on the floor last season. Raheem Sterling would also be waiting in the wings as a sub to cause havoc. At ​Bayern​’s disposable is arguably the best ball-playing goalkeeper in the world, Manuel Neuer. A team of five Neuers would be close to making this list on their own.

David Alaba would command the defence and Thiago would sit just in front as a technical midfielder. The rapid and skilful Kingsley Coman would run down either flank, taking defenders to the walls, and one of the world’s best finishers, Robert Lewandowski, would linger up top to get the goals with his clinical nature in front of goal.

Recently announced as Bayern’s Player of the Year, Serge Gnabry would be another skilful option on the bench. With the addition of Eden Hazard, ​Real Madrid now have the potential for an incredible looking street team.

The Belgian wizard would play up front alongside the pacey and powerful Gareth Bale.

In just behind would be Luka Modric, who has proven he’s also capable of the occasional bit of flamboyant play. Marcelo would, technically, be the team’s defender, but with such an attacking mindset, expect him to be up playing with Bale and Hazard majority of the time.

The towering figure of Courtois in net would likely be enough to prevent the goals on his own. Trickster Vinicius Junior would also be waiting on the bench to humiliate defenders. In goal, ​Barça have a top keeper in Marc-Andre ter Stegen, who can also pick a long pass from the back.

In defence would be Sergio Busquets. Although not an out-and-out defender, the World Cup winner has all the attributes to command the back, shut down attacks and also ping passes up to the forwards. An attacking-minded midfield of Phillipe Coutinho and the GOAT himself Lionel Messi would skip past defenders and also feed a clinical finisher in Luis Suarez. Also an aggressive character, Suarez would be a formidable opponent in a referee-less game of streetball.

If some more pace and trickery is needed, Ousmane Dembele will be a perfect substitute to inject just that into the team. Champions League winners ​Liverpool have not only a top ball-playing keeper in Alisson, but also a top ball-playing centre back in Virgil van Dijk. Both solid defensively and with the ball at their feet, it’ll be a tall order trying to score past this pair.

With such a solid defence, that leaves Liverpool’s formidable attacking trio, Salah, Firmino and Mane, to tear up the opposition with quick passes and intricate dribbling runs. All proven attacking threats and all composed finishers, expect to concede a lot of goals when coming up against one of the most feared forward lines in football. With Neymar and Mbappe as an attacking force, you have two of the world’s most skilful and imposing players. Neymar, who can’t go a couple of weeks without a clip of him humiliating a Ligue 1 defender cropping up, could potentially be the highest-rated player in VOLTA ahead of Messi and Ronaldo, if flair is prioritised over other aspects. With Mbappe alongside him he has a viciously fast, scarily composed player to add to the attacking threat.

As an anchoring midfielder would be Marco Veratti, a great all-round player who still has oodles of technical ability.

At the back, Thiago Silva will be halting attacks and could also run the ball out of defence himself. The only ‘weak’ link, and one of the reasons PSG miss out on the top spot, would be Areola in goal, after Gigi Buffon’s departure. ​Juventus are a complete, technical, fast-paced team who could well dominate whatever cage, rooftop or underpass VOLTA will throw at them.

Spearheading the team is, of course, Cristiano Ronaldo. Bags of tricks, pace to burn, very physical and aggressive, able to win headers and play in other members of the team, Ronaldo may be the most complete footballer both on the turf and the streets.

Behind him in an attacking midfield two would be Paulo Dybala and Douglas Costa. Both are incredibly tricky and quick players and can cover the small pitches quickly.

At the back I’ve gone for Alex Sandro, a technical and physical full back who can still do a good job at stopping opposing players in their tracks, however, Chiellini could definitely be used if a more solid defender was desired.

Sczcesny plays in net who, despite not being renowned for being a ball-playing keeper, will at least act as a solid shot-stopper.