It was a special season for Real Madrid. Three different managers, 19 points off of Barcelona in La Liga, Champions League round of 16 exit and no silverware, made 2018/19 one of the worst seasons in history for the club.

At the end of the 2017/18 campaign, despite winning a third Champions League trophy in four years, it was obvious that major renovations needed to be made to the squad. Then, manager Zinedine Zidane left. Then, a certain Cristiano Ronaldo left as well.

Fast forward to summer of 2019. Zidane has returned and ​Los Blancos have already made five new additions, but that doesn’t mean Real should stop now. After all, they still need to fill the gaping void left by Ronaldo.

We take look at what else Los Blancos must do to have a squad capable of fighting on all fronts next season. Sure, Madrid have bought Luka Jovic. And of course, ​Hazard can score some goals (16 league goals last season isn’t bad at all), but, Los Blancos still need more firepower.

​Karim Benzema was the only player to reach expectations last season, finishing as Real’s top scorer, with Gareth Bale a distant second and defender Sergio Ramos in third.

Now, under the assumption that outcast Bale will not play for Madrid next season, whether he is sold or simply left out of the squad – that leaves Benzema, Jovic and Hazard as the only real goal threats in the team, with all three unlikely to play together.

Given Zidane’s preference for a 4-3-3 formation, moving for Christian Eriksen or Paul Pogba seems rather strange as it would involve outing one of Luka Modric or Toni Kroos from the team. A player such as Paulo Dybala, considering his position, age, potential and goal-threat, would be a much more useful proposition.

A Backup Keeper for Thibaut Courtois or Keylor Navas 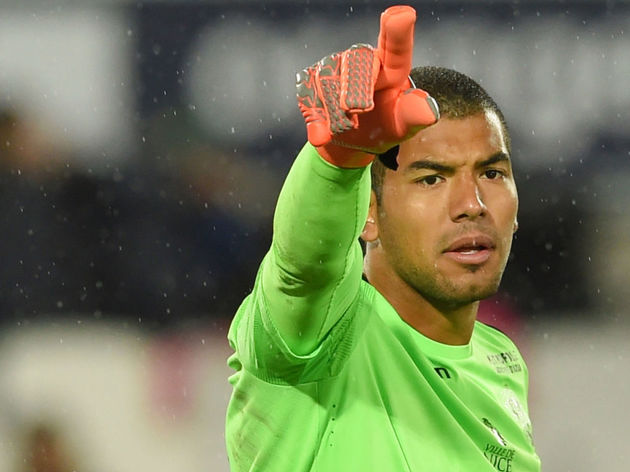 After Zidane left last year, the Madrid hierarchy decided Keylor Navas was not good enough and capitalised on ​Thibaut Courtois’ desire to return to Madrid, buying him with the intention of ultimately replacing Navas. Zidane has now returned and faces a selection dilemma that ideally should be sorted this summer.

His old favourite Navas would never have been replaced had Zidane stayed last summer, but with two high-quality goalkeepers at his disposal and only one space to fill, a final decision should be made.

After deciding on his best option of the two, this could leave a space to fill if one of the two keepers are to leave. Current third choice shot-stopper is Zidane’s 21-year-old son Luca who could possibly make the step-up to second choice, which would guarantee him some game time.

But if they were to sign someone they can do far worse than signing Nice’s Walter Benitez. The Argentine had a wonderful season in LIgue 1, ever-improving as the season progressed. At 26 he has his career ahead of him, and could easily represent a good piece of business down the line with a future sale likely to bring the club big money.

A Replacement for Marcos Llorente Having sold defensive midfielder Marcos Llorente to ​Atletico Madrid, this leaves an unwanted hole in the middle of the park for Los Blancos to fill. Despite possessing a wonderfully talented midfield with the likes of Modric, Kroos, Casemiro and Dani Ceballos waiting in the wings, Real have no real contender to fill Casemiro’s boots if he gets injured, much like Manchester City with Fernandinho. This is particularly important with Zidane’s preference to use systems with a holding midfielder, namely 4-3-3 and 4-3-1-2.

Teji Savanier had a stunning first season in the French top flight, so much so that he was genuinely in the running for Ligue 1 Player of the Year. Moving to Madrid would represent a meteoric rise for the Frenchman, yet he is hardly likely to warrant a huge fee if Madrid were interested. Looking at the Madrid squad for next season, as long as there is no surprise departure, they have three left-backs, three right-backs, and about four players for every other position, except in the centre of defence. If they really want to assert dominance again next season, and to challenge Barcelona, the last gap necessary to plug would be a back-up central defender.

Eder Militao has been signed for big money, Nacho Fernandez is a loyal servant but Jesus Vallejo has had severe injury issues which he may never bounce back from. However, unlike the others, this looks like a position where Madrid can promote from within.

Current captain of Real Madrid Castilla, Javi Sanchez, has attracted interest from several European clubs this summer, yet looks ready to make the step up to the first team. Madrid are thought to be set on keeping him and he may well be utilised fairly regularly next season if he were to be promoted.