Chelsea have made Matteo Kovacic’s loan move from Real Madrid permanent, as the club announced the midfielder has joined on a five-year deal.

The midfielder joined on loan last summer, and although he struggled for consistency in his first season in England, he made 51 appearances in total under Maurizio Sarri, so is likely to remain an important part of the side moving forward – especially with the Blues facing a transfer ban.

Speaking to ​Chelsea’s official website, the 25-year-old said: “I

“We had a successful year, winning the Europa League and I hope I can make a big contribution in the coming seasons.”

Chelsea director Marina Granovskaia added: “Mateo proved what an accomplished player he is during his season on loan with us and we are delighted to welcome him to the club on a permanent basis. 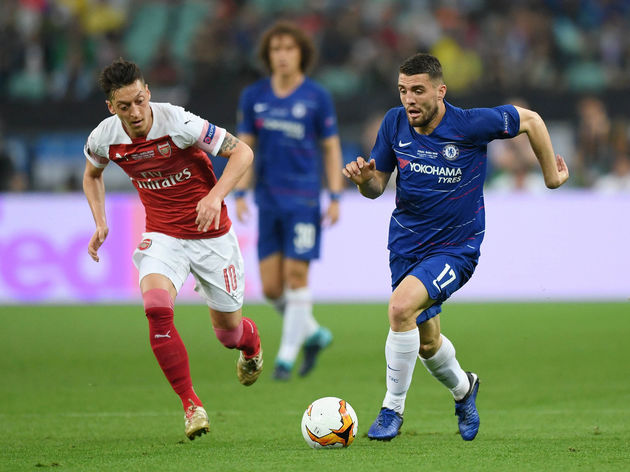 “He already possesses extensive experience at club and international level and we are sure he will be a big success with Chelsea over the next five years.”

It had previously been unclear whether ​Chelsea would be permitted to complete the deal due to the transfer ban hanging over their heads, but have been able to get it over the line due to the option to buy being agreed prior to the embargo.