Real Madrid are reported to have decided against forcing through a move for ​Ajax star Donny van de Beek this summer, instead planning to bring him to the club in a year’s time. However, the Ajax star himself has insisted that negotiations over a move are ongoing.

Los Blancos have spent north of £250m to rebuild their squad for Zinedine Zidane’s first full  season since returning to the club, with the likes of Eden Hazard, Luka Jovic and Ferland Mendy among the new arrivals at the Bernabeu. 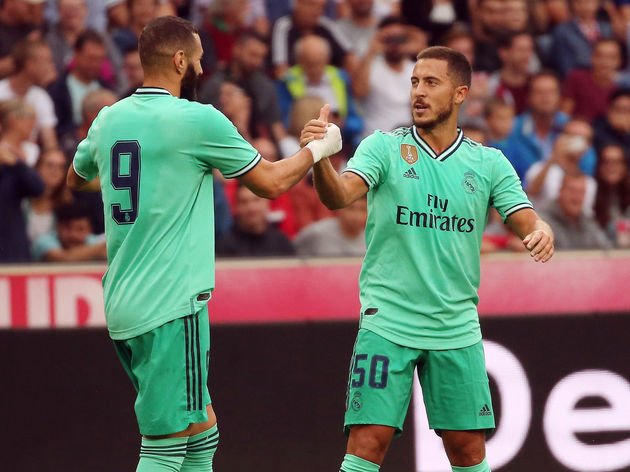 Having recouped less than half of that via player sales, with Gareth Bale’s move to the Chinese Super League publicly collapsing last month, their budget for further arrivals is limited.

To that end, ​Mundo Deportivo say that a £50m move tor Van de Beek is likely to be deferred until next summer, with the focus for the time being shifting to moving on players who are ‘crowding the exit door’, with the huge salaries of Bale and James Rodriguez among those who are expected to be offloaded before the closure of the European transfer window on 2 September.

Donny: “Of course I did, I like to hear that, it’s better than them signing ‘Donny fuck off, Donny fuck off.”

There is no doubt that negotiations between the parties are ongoing, however, as Van de Beek this week gave an honest response when asked by reporters about the prospective move.

“There are still negotiations. I would like things to be resolved as soon as possible,” he said (as quoted by ​managingmadrid.com).