​Real Madrid midfielder Federico Valverde is understood to have agreed a new five-year contract at the club as a reward for his immense form this season.

After a slow start to the campaign, the 21-year-old has played his way into Zinedine Zidane’s starting lineup, and he has enjoyed a fantastic few months in the team. He recently netted his first two goals for the club and looks to be one of the first names on the team sheet. As a reward for his fantastic performances, ​Marca claim that Valverde has penned a new deal at the club until 2025, which contains a release clause standing at a whopping €750m.

This is yet to be confirmed by the ​Real, but it appears as though it is just a matter of time before they do.

Zidane and the rest of the club’s hierarchy are understood to be completely supportive of the Uruguayan, who they see as a potential superstar in the team. They have regularly told Valverde of their admiration for him, and he now looks to have earned himself a nice pay rise. 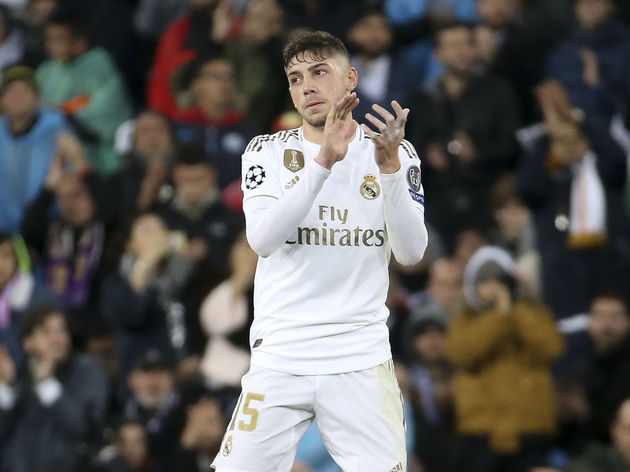 The €750m release clause is a sign that Real feel Valverde could blossom into one of the finest midfielders in the world. They do not even want to humour offers from any other sides, and that release clause will certainly scare everyone off.

The renewal is said to have taken just a few meetings, with Valverde’s humility and loyalty thought to have impressed Real even more. Club officials hope to see Valverde push on and continue his development. He has made 12 appearances already this season, starting seven of the last eight ​La Liga fixtures.