Gareth Bale says that becoming Wales’ all-time record international goalscorer was among the best moments of his career after ​he broke the record in style on Thursday.

Bale scored a brilliant hat-trick – the first of his international career – as Wales cruised to a 6-0 victory over China in Nanning. The treble took him onto 29 international goals, one more than previous record-holder Ian Rush.

Asked where the achievement ranked among his other footballing accomplishments, Bale said that it was one of his proudest moments.

“I was not thinking about it, but now it has come it’s an incredible honour and one of the best things I’ve achieved in my career.

​Burnley’s Sam Vokes scored twice and ​Liverpool’s Harry Wilson, who was celebrating his 21st birthday, chipped in with his first goal for Wales – a classy finish to make it 4-0 just before half time. 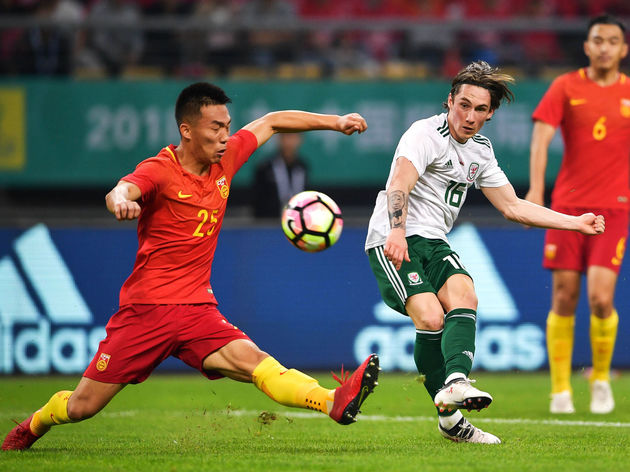 It was Ryan Giggs’ first game as manager since he took over from Chris Coleman in January, and it was also Wales’ first match since failing to qualify for the 2018 World Cup.

Bale scored his first Wales goal against Slovakia in 2006, becoming the youngest ever scorer for the Welsh national team at the age of 17. He has scored many important goals since then, including three at Euro 2016.

Wales now progress to the final of the China Cup where they will face the winner of Friday’s match between the Czech Republic and Uruguay.