Barcelona’s veteran midfielder Andres Iniesta has given his opinion on Neymar’s potential move to fierce rivals Real Madrid, claiming he would be ‘surprised’ about the transfer.

A move to Real Madrid has been touted ever since Neymar joined Paris Saint-Germain from Barcelona last summer, and the rumours have not expired since.

According to Brazilian outlet UOL Esporte, Neymar and his agent met last week to deliberate over a contract offer that has been submitted by Los Blancos. 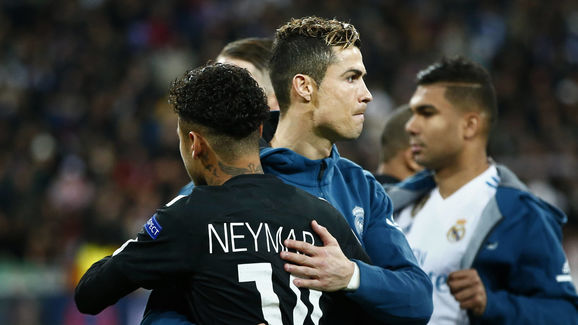 It’s been claimed that Real could trigger the Brazilian’s €400m release clause to bring him back to La Liga – which would make him join the likes of Luis Figo, Ronaldo, Samuel Eto’o and Michael Laudrup to have played for both Blauranga and Real.

Iniesta was speaking on a Spanish radio show when asked about the Neymar rumours, he replied: “Normally, when you leave somewhere it’s difficult to go back,” Iniesta told ‘El Larguero’ radio show, per Sport. “For that reason, it would surprise me more if he returned rather than going to another team, but we will see.

“If they sign him, Madrid would land one of the best in the world. But we would still have a squad which I consider better.”

(You may also be interested in: ​Cristiano Ronaldo Eager to Bag New Real Madrid Deal Worth €1 More Than Messi to Seal ‘Best’ Status)

The Brazilian forward has been a controversial figure in Ligue 1 and failed to help bring the Parisians their first taste of Champions League glory, which they had been craving all season.

Neymar’s time at PSG has been ebb and flow – he was said to be unhappy in the French capital following a number of on-field clashes with team-mate Edinson Cavani.

Real’s attempt to bring in the 26-year-old is a telling sign from Zinedine Zidane, who is clearly aware that his side need to improve after enduring an underwhelming season this term. His side sit 15 points behind bitter rivals Barca and will be looking to challenge at the top next time round.