​Manchester United’s rumoured swoop for Gareth Bale has caused confusion within the British press as contrasting reports suggest he may – or may not – join the English giants.

The ​Mirror has claimed that United are ready to push through a £90m+ deal for the Welsh superstar if Zinedine Zidane remains in charge at Real Madrid – a factor which would apparently force Bale to end his spell in La Liga and head back to the UK.

However, the ​Daily Mail has countered that by alleging that United’s chances of landing Bale are diminishing over Jose Mourinho’s ‘bullying’ of Luke Shaw, who is contracted to the same agency that Bale is. 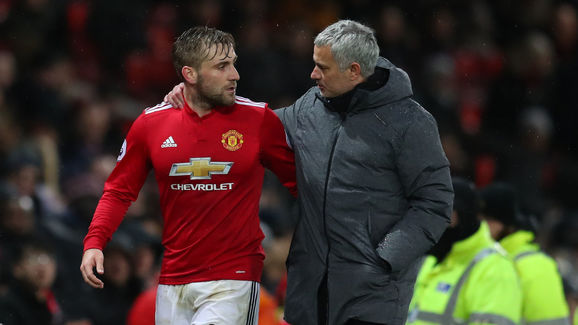 Stellar Group – a sports agency helmed by Bale’s agent Jonathan Barnett – are said to be furious with Mourinho’s treatment of Shaw, who has been constantly criticised by the Portuguese boss throughout his Old Trafford tenure.

That negative opinion of Mourinho could, therefore, impact any chances that United have of signing Bale if the forward elects to depart Santiago Bernabeu this summer, and cause more ructions between United’s board and Mourinho himself.

Bale’s Real teammates, meanwhile, are believed to hold the opinion that the 28-year-old will bring the curtain down on his Los Blancos career at the end of this term due to his poor working relationship with Zidane.

The France legend has come under fire for failing to successfully defend Real’s league crown this term, but his hero status with the Spanish giants – coupled with Real’s progression to the Champions League last eight – has given him a stay of execution.

If Zidane is kept on past this summer, it is expected that Bale will leave as Real look to cash in on a star name ahead of a potential rebuilding job in the Spanish capital.

Source close to Luke Shaw: “Mourinho’s treatment of Luke is an absolute disgrace. If he has a problem with him the decent thing to do would be to keep it in-house. If this kind of abuse happened in any other workplace there’d be a case for constructive dismissal. It’s disgusting”

United have been linked with a move for Bale for the past four transfer windows now, and may finally try and prise him away if they can convince Stellar Group that Mourinho’s handling of the Shaw situation has been blown out of proportion.

Bale put his Real troubles to one side earlier this week as he became Wales’ new all-time top scorer in the 6-0 drubbing of China, but his future continues to be speculated about whether he’s on club or international duty it seems.