The reigning Serie A champions are set to face Real Madrid in the quarter finals of the Champions League next week in a highly anticipated repeat of the 2016/17 final – a game Los Blancos won 4-1 as Ronaldo notched a brace. As a result, Buffon is highly experienced against the 33-year-old, with the Italy international acknowledging the way in which he has developed his game over the years to remain as efficient as possible in front of goal, as reported by the ​Daily Mail.

“Over time he has learned how to improve himself as an athlete. As a player, he spends less energy with respect to what he did previously. I admire him a lot because he is a pragmatic person, lucid in everything he does and what he says. I think that in recent years he has shown that he is very intelligent, because he has changed his way of playing.” 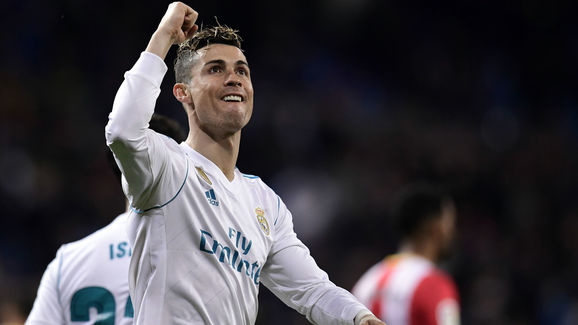 Following an uncharacteristically poor start to the 2017/18 campaign, Ronaldo has enjoyed an excellent run of form, scoring 37 goals in 35 games, with 12 of those coming in the Champions League, seeing the Portuguese attacker outscore every other player in the competition.

The first leg of the quarter final will be played in Turin on Tuesday April 3rd before the reverse fixture is played in Madrid on Wednesday April 11th, with both of last year’s finalists vying for a spot in the semi-finals as the final in Kiev draws closer.