Pep Guardiola stressed Raheem Sterling’s importance to ​Manchester City but admitted that he could give no guarantees about the England winger’s future at the Etihad Stadium.

Sterling’s current contract expires in 2020 and talks to agree an improved deal have reportedly stalled, causing uncertainty over the 23-year-old’s commitment to City.

This news will be music to the ears of ​Barcelona, ​Real Madrid and Paris Saint-Germain, who have ​all been linked with Sterling. Guardiola said that tying his player to a new deal was a priority, but acknowledged that the transfer market can be unpredictable.​

Manchester City are ready to double Raheem Sterling’s money – but are facing a major battle to keep him, with Real Madrid one of the clubs interested in the England international. (Source: Daily Mirror) pic.twitter.com/5Fk0LtkgPP

“Anything can happen, but he knows how important he is to us.”

Sterling is enjoying the best season of his career, with 20 goals in all competitions – although only three of these have come in 2018. 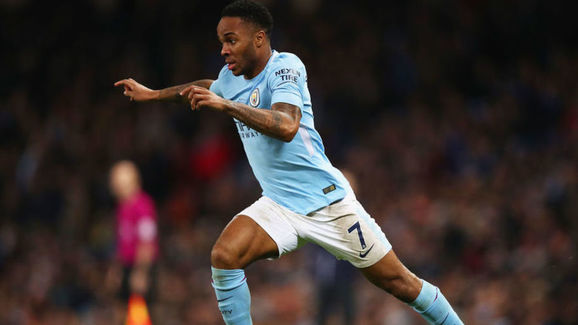 He was injured for last month’s Carabao Cup final, in which Manchester City beat ​Arsenal 3-0 to win their first piece of silverware under Guardiola.

Sterling could end the season with a bulging trophy cabinet if things go as planned for City. They are potentially just two games away from clinching the ​Premier League title, and if they beat ​Everton this weekend then victory over ​Manchester United next Sunday would complete the job.

Before then, City travel to ​Liverpool in the first leg of their all-English Champions League quarter final tie next Wednesday. The second leg is at the Etihad on Tuesday week.