​Neymar has refused to commit to current club PSG in the long term and insists that there is nothing he can do to make the rumours surrounding him disappear.

Despite only moving to PSG last summer, there has been various speculation that Real Madrid have him ​top of their summer wishlist and that Neymar may well be open to the move.

The Brazilian has now come out and spoke about the rumours, but did not at any point say anything that suggested he was fully committed to PSG in the long term. As reported by ​The Sun, the 26-year-old said: ”I came to Paris to make history, but the rumours of my desire to leave are constantly in circulation. I am happy and calm, but there is nothing I can say to dissipate the rumours.”

Although he confirmed he is happy in the French capital, Neymar did not say anything about what his personal thoughts were on the suggestions of a move back to Spain, and this will inevitably strike fear into PSG fans hearts. 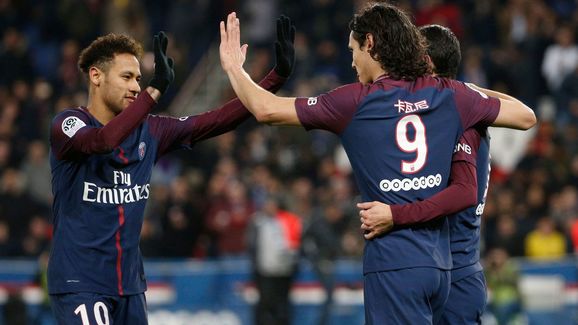 The mercurial forward has scored 19 goals and assisted 13 in just 20 Ligue 1 starts this season and has admittedly shone at the Parc Des Princes since his move in the summer.

Neymar is currently on the treatment bench after suffering a metatarsal injury against Marseille. The Brazilian had to have surgery on the injury and is facing a lengthy spell on the sidelines. He now faces a race to be fit in time for this summers World Cup.