Hernandez joined Atletico’s youth setup at the age of nine and his older brother Lucas still plays for the club, but he couldn’t be happier about lining up in all-white now and claims he didn’t have to think twice when he found out Real wanted to sign him. “The derby is always a special match. My brother plays for them and it’s even more magical than a normal derby, it’s incredible,” the 20-year-old told Real’s official website in partnership with sponsor Cordere Apuestas.

“We wind each other up sometimes but we get on well and we don’t discuss the derby at home. We’re going to compete to the best of our abilities in every game. Playing against Atletico is added motivation and we’ll fight hard to try and win it,” he added.

Hernandez made the switch when Real triggered a reported €26m buyout clause, with the player said to have rejected several new contract offers to remain with Atletico. “When they called to bring me to Real Madrid I didn’t think twice,” he said.

“For me, it’s the best team in the world. Now I have to keep growing and stay here for the rest of my career. I was very nervous the first time I played at the Bernabeu but I’m feeling more relaxed all the time. 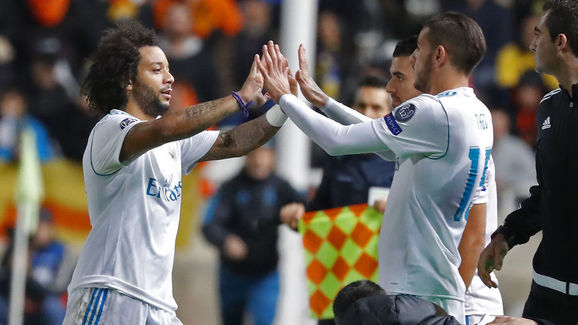 “The call from Real Madrid was the most beautiful, happiest moment of my life. I dream of growing at Real Madrid, both as a person and a player, and if I’m to do that I have to work hard every day and give it my best.”

Serving as a back up to established first choice left-back Marcelo, Hernandez has played 20 times in all competitions in his debut season.