Real Madrid reduced the gap once again to second-placed Atletico Madrid to four points and jumped above Valencia to third in the table following their 2-1 win over Malaga on Sunday evening.

Although there were short spells where 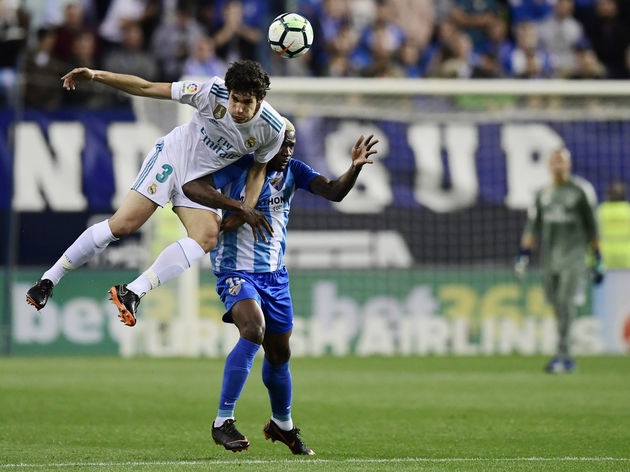 As expected, Real Madrid took complete control of the contest during the opening stages; however, it took the visitors around 15 minutes to call Malaga goalkeeper #MalagaRealMadrid 0-1 HT: Real Madrid good value for their lead, with Isco’s superb free-kick the difference at the break. Complacency creeping into Los Blancos’ game as the half-time whistle approached will worry Zidane, but a more focused 45 would be expected from here out.

BEAUTIFUL GOAL FROM REAL MADRID!!!! IT ALL STARTED WITH EXCELLENT PRESSING AND A CASEMIRO INTERCEPTION AND IT ENDED WITH CASEMIRO TAPPING THE BALL IN THE BACK OF THE NET!!! COOL PLAY BETWEEN BENZ & ISCO IN THE DANGER AREA!!! GOOOOOOOOOOOOOOOOL!!!! 2-0!!!!!