Carvajal lasted just 67 minutes of the game, with Lucas Vazquez forced to operate as an emergency defender in the closing stages to help keep Bayern at bay in Munich. 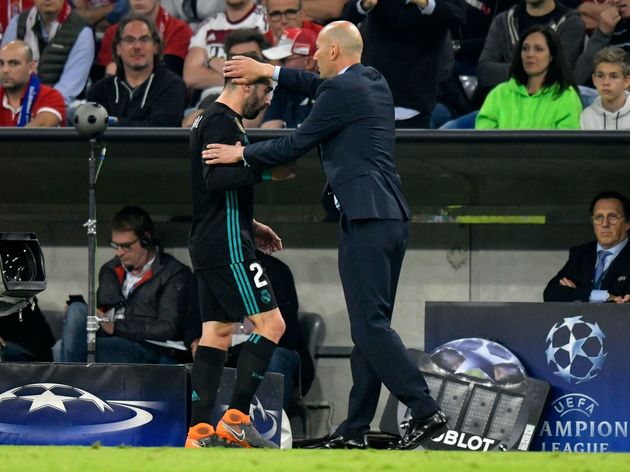 Although there has been no official word from Real, news from Spain suggests that the 26-year-old’s thigh problem means he is likely to be sidelined for a period of two to three weeks.

That would see him miss the return leg against Bayern next week, giving coach Zinedine Zidane a potential defensive headache as he plugs the gap in the defence. Continuing with Vazquez may be the best option, with Nacho still recovering from injury and Achraf Hakimi still very young.

Caravjal should, however, be fit for the Champions League final in Kyiv on 26th May if Real can hold onto their advantage. He has played in each of the club’s three triumphs in the last four years.

In the recovery session, there was an opportunity for 20-year-old Castilla forward Victor Campuzano to join in with the first team squad. Under-19 goalkeeper Dario was also involved.