Champions League holders Real Madrid are off to yet another final after drawing 2-2 at home with Bayern Munich on Tuesday night, winning 4-3 on aggregate.

The Frenchman would capitalise on a crucial error from the Bayern keeper to give his side the lead as soon as the second half started. 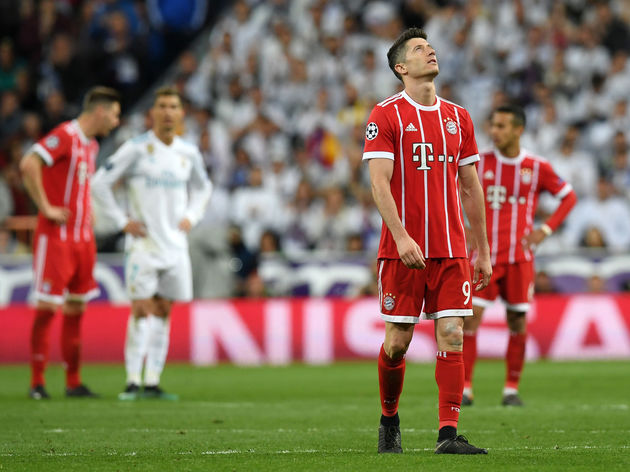 But pressure from Bayern paid off in the 62nd when Madrid loanee James Rodriguez brought his side to within one on aggregate with a shot from a tight angle.

Despite a remarkable attacking performance from Die Roten, Madrid were able to hold on, thanks to several key saves from Keylor Navas.

The goalkeeper has money on the game mad ting #RMABAY

Steven Gerrard on Sven Ulreich: ” I’ve been there meself, where you lose your footing in a crucial moment…” LOVE IT. #RMAFCB#RMABAY

How to throw away a place in the CL final by Sven Ulreich, available in stores now! #RMABAY

Goalkeeper went to pick the ball up, then realized that it was a back pass so fumbled & let it go . Howler
Credit to Benzema for he was alert.#RMABAY#RealMadridBayern#UCL

James Rodriguez top three best players on the pitch over the two legs, but apparently Pedro is the better option to have for us. I still can’t get over that man.

James Rodriguez not celebrating in a Champions League semi-final. I was hoping he’d give it the full Adebayor, doesn’t seem the type though.

 ….whilst playing at Real Madrid….

Bayern are the football definition of letting yourself go, used to have such a fantastic squad in 2013.
Today, a 35 year old Ribery and the fullbacks, Alaba especially, were their best attacking threat.#RMAFCB#RMABAY#UCL

In fairness, Real Madrid have now beaten the champions of France, Italy and Germany to get to the Champions League final.#RMAFCB

Real madrid beating Bayern Juventus and PSG to get to the final while Messi FC couldn’t make it pass Roma in the quarter final. #RMAFCB

​​(You may also be interested in: ​Frank Lampard Makes Bold Claim Regarding Philippe Coutinho Sale & Backs Reds to Make the UCL Final