​Liverpool boss Jürgen Klopp has backed his side to put in a top performance against Real Madrid in the Champions League final at the end of the month, but has admitted that Los Blancos will prove tricky opposition.

Speaking after his side’s 7-6 aggregate win over Roma in the semi-final, via the Liverpool Echo,  Klopp claimed that he’s had enough of being runners-up with the Reds.
​
​He said: “ 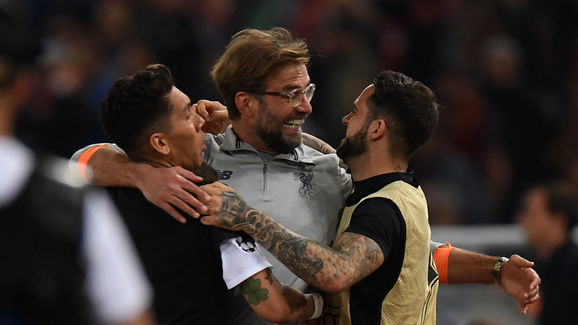 “There’s still a job to do but that’s how it is. Going to a final is really nice but winning is even nicer. We will be ready, but it is Real Madrid.

came back from three goals down to draw 3-3 with AC Milan and then win the cup on penalties. Reds fans will be desperate to see their side lift the iconic trophy again, and will be eager to see how their side’s potent attacking lineup fares against Real Madrid’s back line.

Meanwhile, ​the Reds are believed to be chasing Chelsea wing back Kenedy, who could be available for around £20m.

The Brazilian youngster has impressed on loan for Newcastle United this season, but Chelsea’s asking price could prove too steep for the Magpies given owner Mike Ashley’s notoriously stringent approach to allocating transfer funds.