Liverpool booked their place in the showpiece event with a 7-6 aggregate semi final win over Roma, while Real relied on grit and experience to see off the challenge of Bayern Munich.

The Reds are seen as the underdogs, but Mane and his teammates do not fear Cristiano Ronaldo, Sergio Ramos and the rest of Los Blancos.

“We honestly believe we can beat them,” the speedy Senegalese international is quoted as saying by The Guardian.

“I can say at this moment we do have a lot of respect for Madrid, they are one of the best teams in the world, but we are Liverpool – we are strong and we can beat any team in the world. We believe that,” he added.

“We believe we can go there and beat them. We are going to go there and fight for the fans, for the club, fight without fear and win the final. We have the players. We can score goals, we have shown that and there is nothing to be afraid of for us.”

Only Paris Saint-Germain (25) scored more than Liverpool’s 23 goals during the group stage, while the Reds have scored 17 further goals in six knockout legs since. It puts their European tally for the season (excluding qualifiers) at 40, compared to Real’s 30 – ​a new Champions League record.

Between them, Liverpool’s front three of Mane, Roberto Firmino and Mohamed Salah have scored 89 times this season in all competitions. 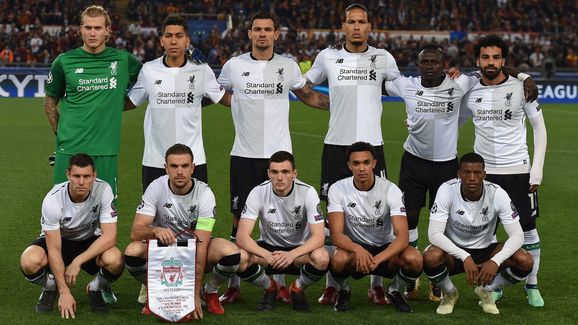 The trio alone have contributed 29 of Liverpool’s 40 Champions League goals (again excluding qualifiers) and it will almost certainly be down to them if Jurgen Klopp’s side are going to emerge victorious.

The final will take place on Saturday May 26.