​Bayern Munich CEO Karl-Heinz Rummenigge has assured fans that Robert Lewandowski will not be sold this summer.
​

Speculation has followed the Poland international about all season after he spoke out about the club’s transfer policy ​to Rummenigge’s displeasure at the time, and it is refusing to go away as the summer transfer window draws nearer. 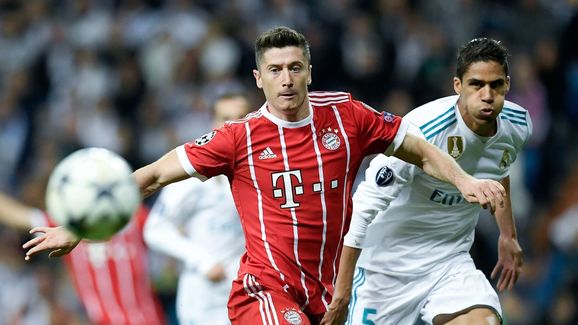 The plot thickened at the weekend as the 29-year-old was substituted early in the second half by manager Jupp Heynckes, with Lewandowski refusing to shake the 72-year-old’s hand in a notable display of frustration and disrespect.
​

The striker headed straight for the bench and cut an irked figure for the remainder of the match against Koln, but Rummenigge has move to play down the altercation.

Speaking to the ​official Bundesliga website, he said: “There’s no need to worry about Lewandowski’s relationship with Bayern. It’s a very good one.

“We know what we have in Robert Lewandowski, I’m very happy he’s still on a long-term contract. It doesn’t need to be given any thought. He’ll be a Bayern player next season.” The former ​Borussia Dortmund hitman has had another fine season in front of goal, scoring 29 in the league and 40 in 46 games across all competitions to show that he is still very much a world class forward.
​

Rummenigge added: “Everyone’s entitled to their opinion, but it’s no exaggeration to say that Lewandowski is one of the best strikers in the world. His record proves that every year. It doesn’t matter if he goes a couple of games without a goal.”

Bayern might not want to part ways with Lewandowski, but if things like this continue to happen then interested parties such as ​Chelsea and ​Real Madrid may start to hover a little more closely.