​Real Madrid will be without two key players in their final home game of ​La Liga this season against Celta Vigo on Saturday evening.

Cristiano Ronaldo will miss the match due to injury, while Sergio Ramos has also not travelled with the squad to Galicia, as Real Madrid look to see out their season in style and build some further momentum to take into the Champions League final. 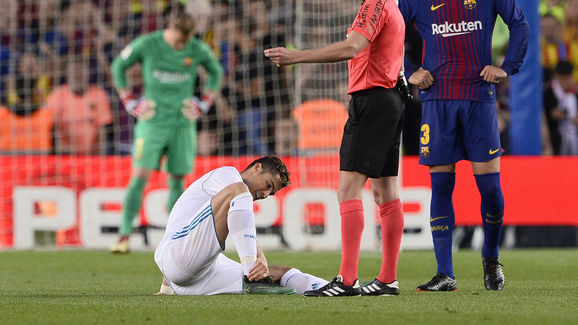 Ronaldo picked up an ankle problem in the recent victory over ​Barcelona in El Clasico and will miss the game against Celta. However, according to Marca, he is set to return in time for the final domestic game of the season with Villarreal.

Unfortunately for ​Liverpool fans, the 33-year-old will most definitely be available for the Champions League final in Kiev.

Meanwhile, midfielder Isco has returned to the matchday squad for Real Madrid after suffering with an injury of his own in recent weeks. There is more good news for fans of Real Madrid, as four players return after sitting out the last match against Sevilla.

Keylor Navas, Marcelo, Luka Modric and Toni Kroos are all in the squad to face Celta Vigo.

They are joined by former Tottenham winger Gareth Bale, who returns following a recent suspension.