Liverpool have been looking to add a strong number one between the sticks following some patchy form from Simon Mignolet. Jurgen Klopp has already tried to address the situation in adding Loris Karius to his Liverpool side. The young German was viewed as a long-term successor to Mignolet but has struggled for form himself. Both first-choice keepers have been at fault for errors this season, leading to it becoming an area of the field Liverpool hope to address in summer.

Madrid were thought to also be keen on Alisson but Don Balon are now reporting that Zinedine Zidane is happy to stick with his current number one Keylor Navas. The club believes Alisson would be unwilling to move if he is not guaranteed first-team football next season and have such ended their interest. 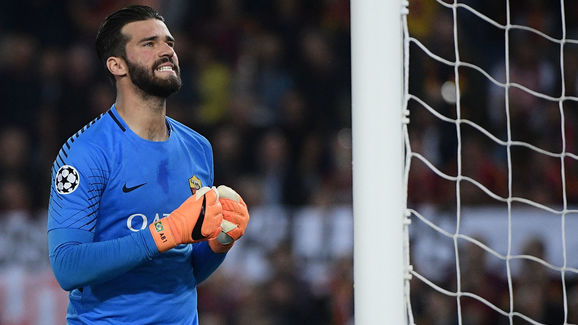 The Brazilian international has risen to become one of the highest rated goalkeepers in Europe after his displays at Stadio Olimpico this season. His side has the joint-second best defensive record in Serie A, behind only league leaders Juventus.

Defence has been an issue for Liverpool this season, who have the worst defensive record in the top four. The addition of Virgil van Dijk has already strengthened the defence, with Naby Keita also expected to have a significant impact, Alisson could be the final piece of the puzzle for Klopp.

Don Balon are also reporting that Liverpool are ready to make a £70m bid for the shot-stopper and are expected to get their man.