​Real Madrid capped off their La Liga season with a 2-2 draw away to Villarreal despite having a two goal lead ahead of their Champions League final in a weeks time.

Chances fell for either side inside the opening 10 minutes at the Estadio de la Ceramica, as Villarreal’s

Madrid, however, would find the breakthrough not long after thanks to Gareth Bale’s 16th La Liga goal of the season. Played in by some quick thinking from Luca Modric, the Welshman’s cute step-over gave himself the room before firing hard and low down to Fernandez’s right and open the scoring after 11 minutes. 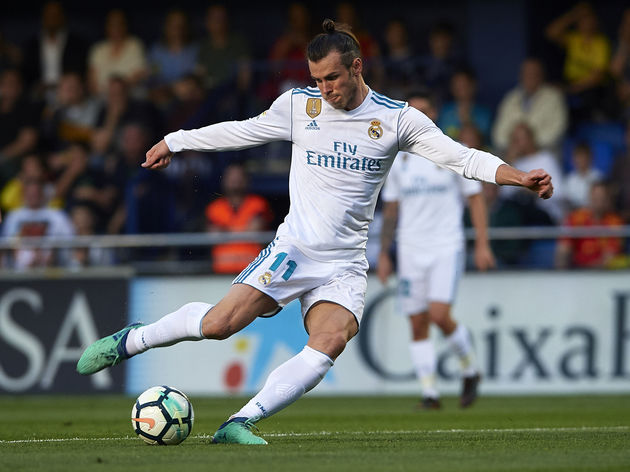 Despite seeing more of the ball after Bale’s strike, Villarreal’s only real effort of note after conceding was a

Found in space on the left after a lovely ball from Isco, Marcelo was afforded too much time to cross, picking out an unmarked Ronaldo who simply nodded home his 26th league goal of the season and double Madrid’s lead.

It could’ve been even more for Los Blancos

With fifth place and Europa League football secured, Villarreal looked to make a game of it in the second half,

Sergio Ramos then had to be alert to clear Unal’s header off the line after some brilliant skill from Sansone in the buildup, before a stunning strike from Roger Martinez pulled a goal back for The Yellow Submarine to set up an interesting final 20 minutes.

Villarreal’s improved performance caused Madrid problems throughout the second half, and were deserving of their equaliser five minutes from time. Beating the offside trap, Samu Castillejo kept his composure to round Zidane and slot the leveller home.

There was even time for Karim Benzema and Lucas Vasquez to go close late on, but their failure to find a winner meant both sides finished the season with a point.