​Liverpool manager ​Jurgen Klopp Mohamed Salah has a long way to go before he merits comparison with Cristiano Ronaldo.

Salah has got off to a flying start in his first season back in English football, and his performances have sparked suggestions that he may be in contention to win the Ballon d’Or, an award which has been shared by Cristiano Ronaldo and Lionel Messi in recent years. 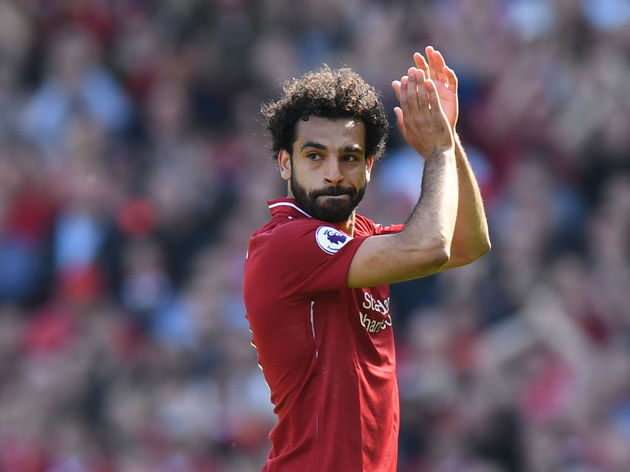 The Egyptian has scored​individual awards

He said, via ​the Telegraph: “Mo played a fantastic season but Cristiano has played 15 seasons like this. He has scored something like 47,000 goals – crazy numbers. Why should we compare? At the time of Pele nobody compared Pele to other players and asked, ‘Is he as good as him?’ “Now we have Messi and Ronaldo. They have dominated football for a few years and there are so many other good players.

“Messi and Ronaldo are in the final moment very often in the right position to score a goal and that’s the most difficult thing to do in the world. That’s why they are where they are. The Ballon d’Or is always between them. It’s deserved. When they stop playing football we’ll miss them, 100%.”

​Real Madrid and Liverpool face each other in the Champions League Final on May 26 in Kiev, and despite Real Madrid having won the competition on back-to-back occasions, Jurgen Klopp will not be compromising on his team’s attacking philosophy.

 “You always have to try to create a plan to deny the qualities of an opponent, but you also have to bring through your own qualities.”

He added: “If I was to ask the boys now, ‘What do you want to do in this game?’ They would say ‘What we always did’.

Madrid’s performance against Villarreal on Saturday will give the Reds hope going into their first Champions League final since 2007. 2-2 draw against Villarreal, and Liverpool fans were particularly enthused by ​Marcelo’s erratic defending.