The fifth title of his career moves the Portuguese living legend one ahead of great rival Lionel Messi in the continental stakes and puts him into a very select group of players to have won at least five European Cup/Champions League titles in the competition’s 62-year history. 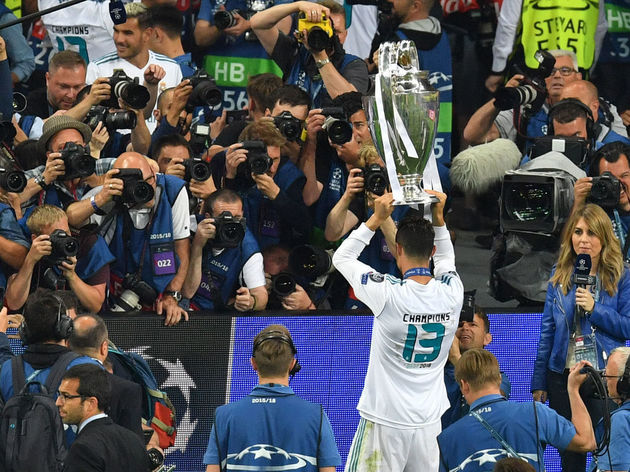 Ronaldo is the 11th member of that illustrious, with just a single player winning more.

That player, with six titles, is Real icon Paco Gento. Surely, after backtracking on his vague threat of quitting the club, Ronaldo already has that record equalling sixth title in his sights.

Gento was part of the Real side that originally dominated the European Cup in its infancy, winning five trophies on the spin from 1956 to 1960. The winger, who also won a Spanish record of 12 La Liga titles during his career, was then part of Los Blancos’ 1966 winning team as well.

He was the only player present for all of the club’s first six European Cup triumphs. 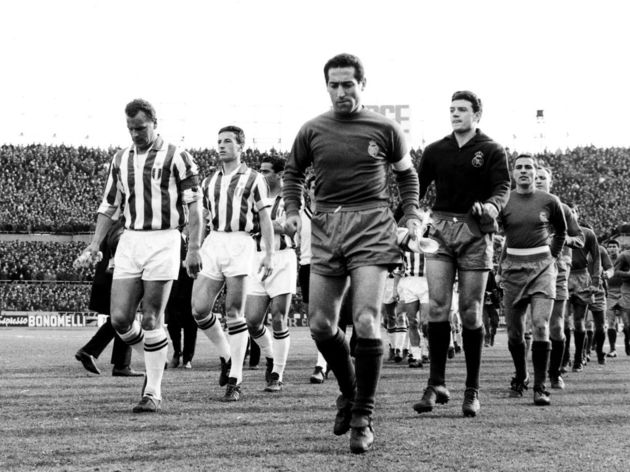 Picture: Gento leading Real out as captain ahead of a 1962 clash with Juventus

Ronaldo’s fifth European title ties him with nine others. As many as seven of those are also from Real, again from that early team that won an historic five in a row.

From AC Milan, both Paolo Maldini and Alessandro Costacurta also have five European Cup/Champions League wins each. The pair of Italian defenders both enjoyed incredible longevity in their careers, with 18 years separating their first and last titles in 1989 and 2007. 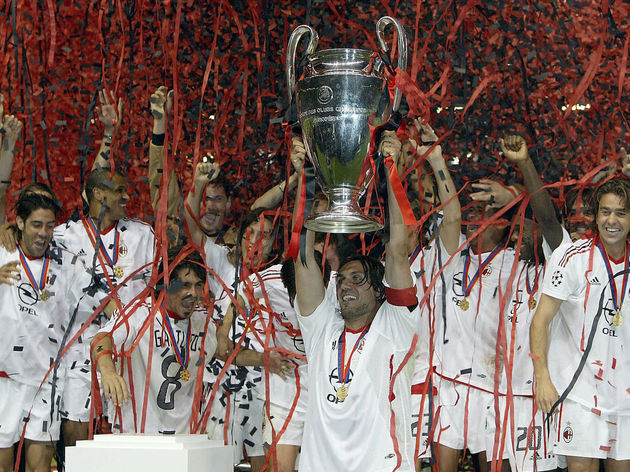 Until Real retained the Champions League last season, Maldini and Costacurta were part of the last team to successfully defend a European title, having won it back-to-back in 1989 and 1990. Milan also won in 1994, when Costacurta was suspended for the final, and in 2003.

Aged 41 by 2007 in his final season as a professional, Costacurta was left out of that final against Liverpool, although he had played a handful of games in earlier rounds. Maldini, on the other hand, started all five of his victorious finals.

Having also lost finals in 1993, 1995 and 2005, Maldini and Costacurta could have had more titles. Equally, Real lost finals in 1962 and 1964 that would have inflated Gento’s tally of wins. So far, Ronaldo has lost only one final, when Manchester United were beaten by Barcelona in 2009.