​In any other season, the departure of yet another name from the Real Madrid managerial hot-seat in the close season would hardly be regarded as a shock, even if said individual had guided his side to silverware that season.

But in the case of Zinedine Zidane, the shock announcement of the Frenchman’s departure from the Bernabeu has sent tremors reverberating around not only the Spanish capital, but the footballing world as a whole. Despite Los Blancos having lost their ​La Liga crown to ​Barcelona – finishing no less than 17 points behind La Blaugrana – as mastermind of a remarkable third consecutive Champions League crown last weekend in Kiev against Liverpool, Zidane deserves to be recognised as arguably the greatest coach to have lifted the Champions League.

Before the Spanish club’s victory in the Ukraine less than seven days ago, Zidane’s position had been questioned as Madrid steward going forward, but having retained the crown once more – a feat that had been in previous years been regarded as simply unattainable – the 45-year-old’s third occasion in lifting ‘Ol Big Ears’ surely erased any doubts. Or so it seemed. They were, largely, the same concerns that were voiced when Zidane took over as Madrid manager following Rafa Benitez’s dismissal just four days into 2016.

As former darling of the Galacticos between 2001 and 2006, the Frenchman took the reins with aplomb having been promoted from the club’s second team ​Real Madrid Castilla, Zidane took his side past AS Roma, Wolfsburg and ​Manchester City to book their place against Los Coloncheros in the Champions League final in Milan. If his legendary status wasn’t guaranteed already, Madrid then beat their fierce city rivals on penalties, as Zidane lifted the European Cup once again – but for the first time as a manager – less than six months into his tenure at the Bernabeu.

The following season, despite finishing behind ​Borussia Dortmund in the group stages, the Spaniards eliminated the hugely-fancied ​Napoli and Bayern Munich, before again subjecting Atletico to further European heartache in the semi-final to book a date with Juventus in the final in ​Cardiff in early June of last year.

It was the final that Bianconeri were expected to win and finally hand Gianliugi Buffon his first Champions League winners’ medal. However – perhaps unsurprisingly – Cristiano Ronaldo had not read the script.

Since the inception of the Champions League in 1992, no team had successfully retained their crown in 25 years of trying. In the Zidane era, history was made.

Not only had ‘Zizou’ managed a side of not only the greatest talents in world football, be had successfully balanced the weighty egos of the Madrid dressing room. And not only that, but Zidane got the best to deliver on the biggest stage.

Ronaldo’s brace that night in the principality cemented his boss’ legacy amongst illustrious company in the tournament. Until then, an elite list comprising Jupp Heynckes, Sir Alex Ferguson, Vicente del Bosque, Jose Mourinho, Pep Guardiola and Carlo Ancelotti – the Italian at that point being the only man to have won three Champions Leagues – to have won the European crown in its’ current guise on two occasions. If victory in his sophomore season was something of note, to once again mark football history with a third European trophy this season – a ninth in total during his tenure – is surely the stuff of legend for Zidane.

If domestically questions had arisen of Zidane’s methods, few could dispute his ability to scrap a result on the continent of which their is no greater example than this past campaign.

For the second season running, Madrid finished as group runners-up to a rejuvenated ​Tottenham Hotspur and were again forced to negotiate the toughest route to the final. But again, Los Blancos left all in their wake. Just about. 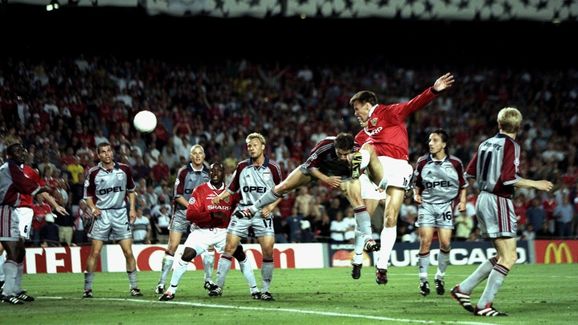 Beating the French champions Paris Saint-Germain – albeit without the injured Neymar – Zidane led his men to narrow wins over both ​Juventus and ​Bayern Munich to face off with the Reds and Mohamed Salah in 2018.

Even the most ardent ​Manchester United fan would admit their victory over Die Roten at the Nou Camp at the turn of the millennium was fortunate in the extreme, but the best managers have got the results and little will say otherwise in the record books.

Zidane must surely be the antithesis of that in European competition. With a returning Gareth Bale champing at the bit for a place in the starting lineup against ​Liverpool, the Welshman was again left on the bench in the wisdom of his manager. That would have done little to damped rumours of a falling out between player and manager, but Bale’s contribution – though likely to prove more to Zidane than himself – again left the Frenchman smelling of the finest of French lilies.

Bale’s 28-minute cameo will go down as one of the most historic single-handed outings in a Champions League final, and the history books will indeed read Zidane as architect.