​​Real Madrid superstar Cristiano Ronaldo has been left feeling disillusioned by the club’s efforts to sign PSG star Neymar, according to Spanish news outlet ​AS.

On Tuesday, AS (via the Daily Mail) claimed that Los Blancos’ players were launching a charm offensive in order to persuade Neymar into joining the club, with Real captain Sergio Ramos, as well as Casemiro and Dani Carvajal all quoted speaking positively about the former Barcelona forward.

In the days leading up to the Champions League final, Ronaldo was asked how he’d feel if Neymar was brought to the Bernabeu, to which he replied, as quoted by AS:

They are all here.” 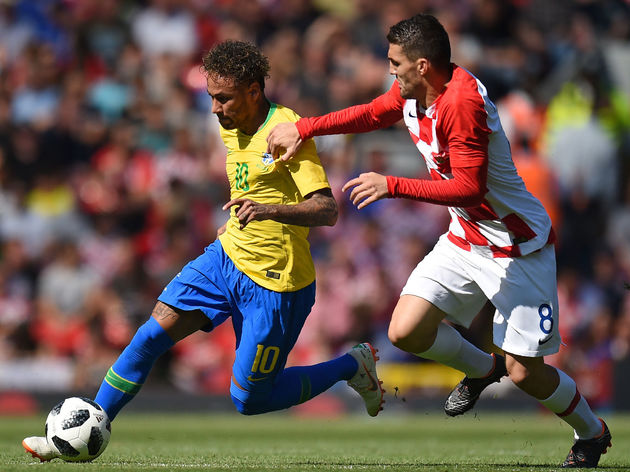 It’s thought that one of Ronaldo’s main gripes with Neymar’s proposed arrival is his salary. The Portuguese star currently earns €21m per season, while Neymar is paid €37m per season. If the Brazilian does complete a move to Real, Ronaldo is worried that may jeopardise his chances of negotiating an improved contract.

Neymar joined PSG last summer from ​Barcelona in a world-record deal worth around £200m. Unsurprisingly, the 26-year-old shone in his debut season for the league champions, registering 27 goals and 16 assists in 29 appearances.

It has been widely reported in recent months, however, that Neymar has become frustrated whilst playing in France and that he may seek a move away in the summer.