​Liverpool turned down the chance to sign Brazilian youngster Rodrygo, dubbed ‘the New Neymar’, because of his agent’s attitude.

​Real Madrid have tabled a ​€45m bid for the Santos starlet

Portuguese journalist Marcus Alves revealed that ​Liverpool could have signed the Brazilian forward last summer but were put off by the behaviour and outrageous demands of his representatives.

Rodrygo was close to joining Liverpool last year, but Reds’ officials didn’t like the behavior of his representatives and refused to meet their demands

The Reds clearly saw potential in Rodrygo, but Jurgen Klopp places a strong emphasis on team ethic and was not prepared to sign a player who could disturb the peace at Anfield.

If Real Madrid can complete the transfer it will be the second such deal that they have secured this year. They have already agreed the transfer of Vinicius Junior from Flamengo, effective after he turns 18 on 12th July 2018.

Rodrygo’s club of origin and goalscoring prowess have seen him compared to Brazil’s current talisman Neymar as the Selecao seek their next star of the future.

Real Madrid have sent Santos a bid for Rodrygo which is higher than Barcelona’s offer. pic.twitter.com/io0yVo4S2G

He has scored five goals in nine league appearances for Santos this calendar year, including a first career hat trick against EC Vitoria at the weekend.

He has also scored three goals in four appearances for Brazil Under-17s, raising the prospect of him appearing for the senior team before too long. 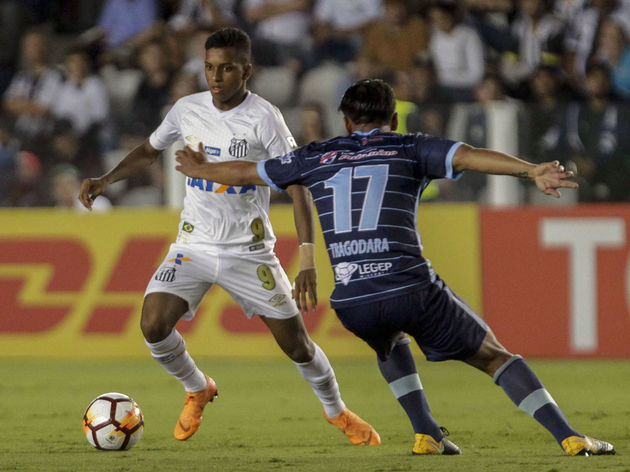 Neymar also moved to ​La Liga from Santos at a young age, but ​Barcelona’s conduct during that transaction is one of the reasons why the Brazilian club are more willing to negotiate with Real this time.