​Mohamed Salah is reportedly ready to turn down the advances of ​Real Madrid this summer in a bid to exact revenge upon Sergio Ramos, following the defender’s antics in the Champions League final. That is, according to reports in Spain.

Ramos has come under fire in recent weeks after many have claimed that the Madrid captain intentionally injured Salah in order to help his team triumph in Kiev at the end of May. The Liverpool attacker left the pitch in tears after dislocating his shoulder before half time – a complaint that put the Egyptian’s World Cup in jeopardy.

And now, according to Diario Gol, Salah will reject Madrid as a result of Ramos’ antics – not being able to forgive the man that crushed the 25-year-old’s Champions League dream.

In fact, the attacker will take it one step further, and join fierce rivals Barcelona instead – simply to spite Los Blancos. 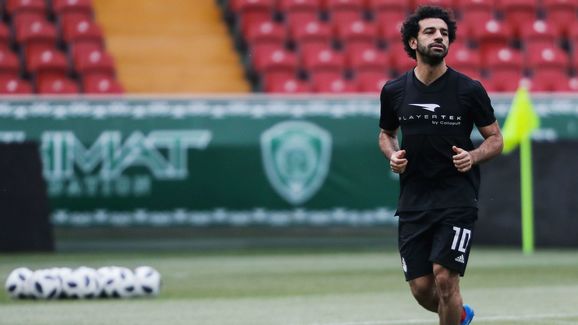 Las Blaugrana are believed to be interested in the Liverpool winger as a ‘plan B’ now that Antoine Griezmann has chosen to stay at Atletico Madrid this summer.

The Spanish champions are willing to include reported Liverpool target Ousmane Dembele in order to push any deal across the line; using it to tempt the Reds, who are hesitant to sell, to part ways with their star player. Barca only bought Dembele from Borussia Dortrmund a year ago, for a total fee estimated to be around £130m. The Frenchman suffered an early hamstring injury that hampered his first season in La Liga, and Barca are willing to cut ties.