According to reports in Spain (via ​AS), Real Madrid were said to be close to striking a deal to bring the Brazilian number one to the Santiago Bernabeu this summer. The rumours regarding Alisson’s potential move to Los Blancos gained traction after AS Roma president James Pallotta stated: “Alisson has a high market value, around €78m. He is close to Real Madrid, while [Radja] Nainggolan will join Inter.”

These comments were later discounted as nothing more than a joke by the Roma president, citing the previous statement as merely parodical:

“I have read with much amusement the quotes attributed to me about the transfer market. 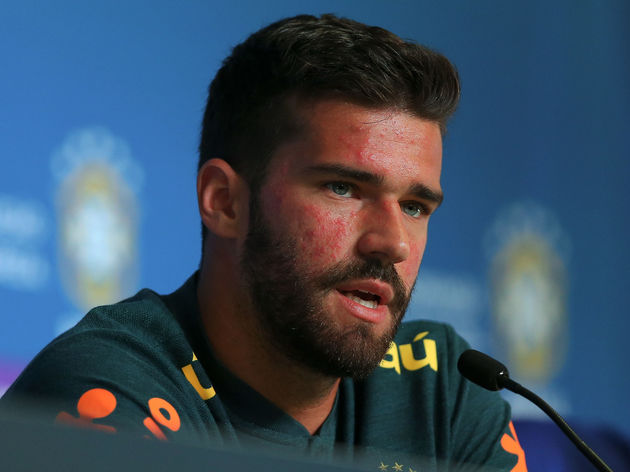 “In fact I was joking around with a group of guys and responded sarcastically with a reference to the popular rumours on Twitter and in the papers since I’ve been in Italy.

“There was nothing serious about anything I said whilst making pizza. Just stupid American humour that some don’t get.”

Rumours surrounding Alisson’s potential to move Los Blancos have been quashed even further by Perez, who has revealed that a €78m bid is out of the question for the club:

“Alisson to Real Madrid for €78M in Spanish press today? For this price, Liverpool can buy him.”

Florentino Pérez: “Alisson to Real Madrid for €78M in Spanish press today? For this price, Liverpool can buy him.”

It is welcome news for many Liverpool fans who see the Brazilian number one as the potential answer to their goalkeeping woes.

The Reds have been continuously linked with a move for Alisson – among a number of other goalkeepers – this summer, and it now looks as though any potential move will be uncontested by other top European clubs.

Alisson is seen by many as a perfect replacement for Loris Karius, who endured a torrid UEFA Champions League final outing with the Reds. The German through the ball directly into the path of Karim Benzema for the first goal of the night, before allowing a long range effort from Gareth Bale to slip through his fingers in the dying embers of the game.